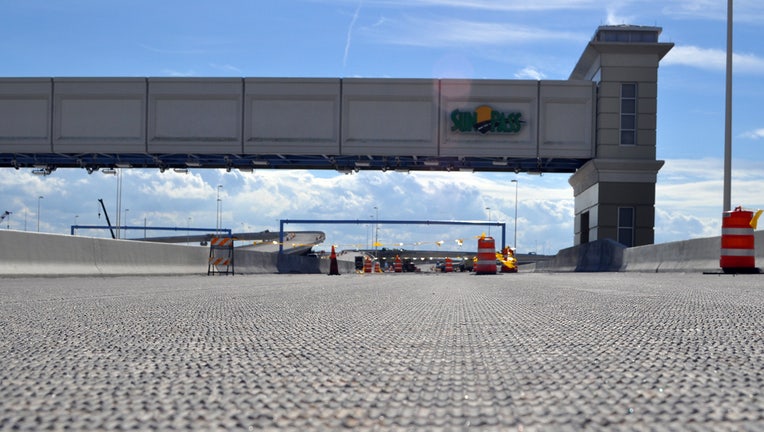 TALLAHASSEE, Fla. - A proposal to scale back a controversial toll-road plan that was a priority of a former Senate president is moving to the Senate floor.

The Senate Appropriations Committee on Thursday backed a bill (SB 100) that would do away with much of the plan pushed through in 2019 by then-President Bill Galvano, R-Bradenton. The 2019 law called for building a toll road from Collier County to Polk County; extending Florida’s Turnpike to connect with the Suncoast Parkway; and extending the Suncoast Parkway from Citrus County to Jefferson County.

The bill, filed by Senate Transportation Chairwoman Gayle Harrell, R-Stuart, would eliminate the road between Collier and Polk counties, while requiring plans to extend the turnpike west from Wildwood to the Suncoast Parkway and to lay out a route that would weave the Suncoast Parkway north along U.S. 19 to connect with Interstate 10 in Madison County.

Still, critics called for the bill to include more specific provisions to protect the environment and to limit the potential for urban sprawl.

"This bill smartly recognizes that with limited resources, it is more fiscally prudent and less environmentally damaging to upgrade existing roads than to create new greenfield corridors," said Lindsay Cross of the Florida Conservation Voters. "But at nearly 130 miles as the crow flies, from the Suncoast Parkway to I-10 in Madison County, there could still be significant impacts on our environment and rural communities."

Sen. Linda Stewart, D-Orlando, voted against the bill Thursday but said it was better than the plans approved in 2019, known as Multi-use Corridors of Regional Economic Significance, or M-CORES.

"I think that this is far better than the three roadways that were in M-CORE," said Stewart, who suggested adding more provisions to the bill to curtail potential sprawl.

Sen. Ben Albritton, a Wauchula Republican who voted for the bill, said people need to be cautious when speaking about protecting the character of rural Florida.

"I don't remember the last time a valedictorian stayed in Hardee County, because there is nothing there for them," Albritton said. "I encourage everyone that's hearing my voice to be very cautious about speaking for rural Florida. Rural Florida wants opportunities too." 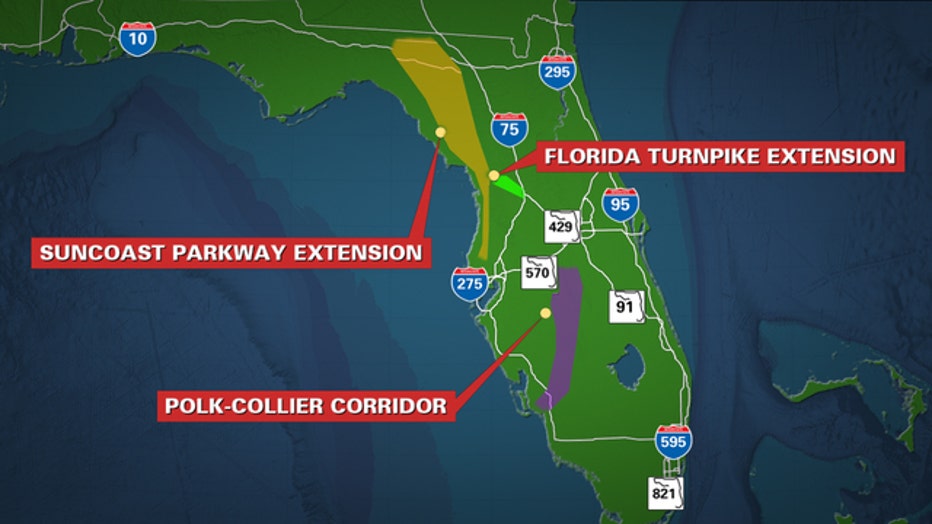 Calling the proposal a "re-envisioning," Harrell amended the bill on Thursday so that the roads would include non-tolled alternatives for local traffic; property owners impacted by the roads would get at least one access point for each mile of land owned; and minority communities would not be divided by the new roadways.

Harrell, whose proposal does not have a House version, noted that her proposal might not be "perfect," but "If we vote no on this, M-CORES stands in place."

The M-CORES projects were promoted by Galvano as a means to handle future growth, linking the roads with broadband and other infrastructure. Harrell said the proposed changes would address issues caused by the state’s growing population in a fiscally responsible manner.

Harrell, who after the meeting described Senate President Wilton Simpson as a "partner" in the plan, is seeking to shift $132 million earmarked for the M-CORES projects to the State Transportation Trust Fund and Florida’s Turnpike Enterprise.

Transportation officials would develop a plan that would extend the Suncoast Parkway north alongside U.S. 19 by the end of 2035.

The bill also would direct transportation officials to start project-development and environmental work on an extension of the turnpike from where it ends now in Wildwood. They would have to submit a report to legislative leaders and the governor on the project by the end of 2022.

The M-CORES projects, if they continue, are slated to be completed by 2030.

Floridians for Better Transportation and Associated Industries of Florida, which were among the business groups that initially supported the M-CORES projects, supported the proposed changes on Thursday.