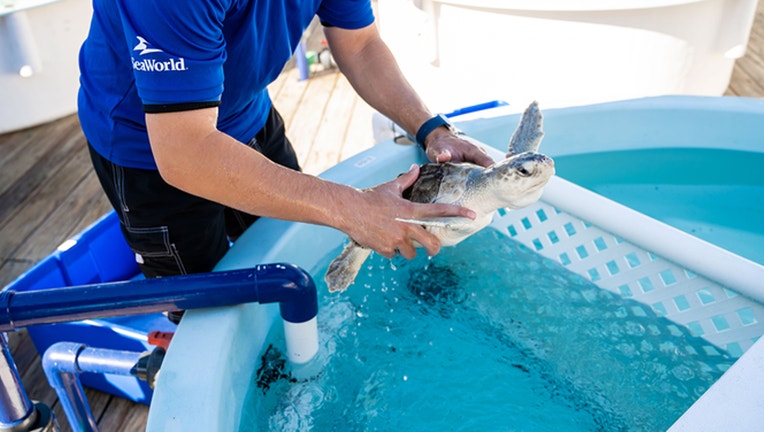 The turtles, which were released at the Canaveral National Seashore on March 4, join the more than 2,500 sick, stranded and injured sea turtles that have been rescued and rehabilitated by SeaWorld coast-to-coast since 1980.

The young turtles were first rescued by the New England Aquarium in Boston and National Marine Life Center in Bourne, Massachusetts, after becoming stranded and cold-stunned on Cape Cod last year.

They were then transported to SeaWorld in Orlando in December to receive treatment and medication to prevent illnesses. 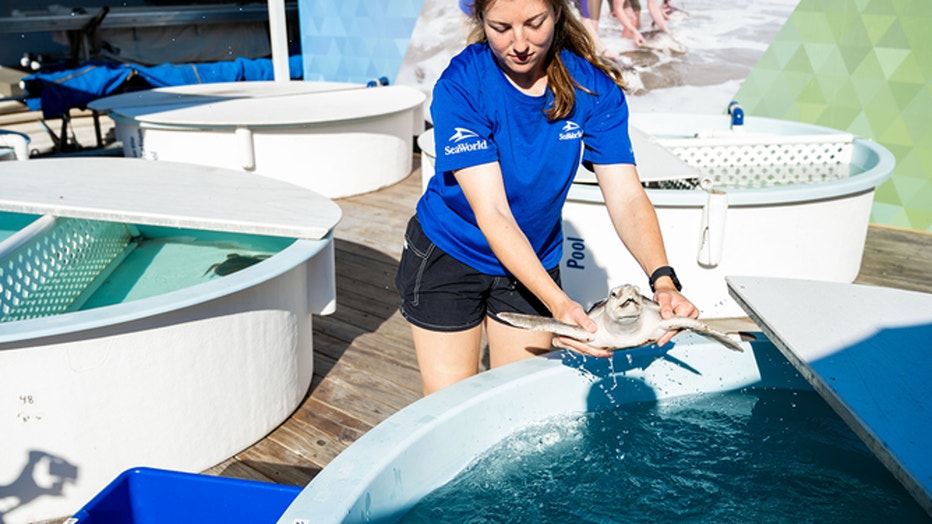 "Sea turtles are vital to a healthy ocean ecosystem and are an important part of our commitment to protect marine animals and their habitats," said Dr. Chris Dold, President of the SeaWorld Conservation Fund and Chief Zoological Officer of SeaWorld. "We are committed to seeing every species of sea turtle return to a state of abundance. That is what drives our dedicated rescue and rehabilitation teams and what inspires our Conservation Fund grants to help others who share our passion and mission to save the sea turtle."

It can be a complex process to rescue turtles that have become stranded or cold-stunned. For example, when temperatures drop in the Northeast and New England in the winter, local facilities quickly become overwhelmed and run out of room to help the animals.

That's when networks and teams like those at SeaWorld step in and help.

SeaWorld San Antonio was able to help 16 turtles earlier this winter from the Sea Turtle Stranding and Salvage Network.

"SeaWorld and other partners in the Greater Atlantic and Southeast Sea Turtle Stranding and Salvage Network are critical to providing the long-term care ill and injured sea turtles need," said Meghan Koperski, a biological scientist at Florida Fish and Wildlife Conservation Commission. "The facilities and veterinary teams at SeaWorld provide the high-level of care needed to give these turtles the best chance at survival and a successful return to their natural environment." 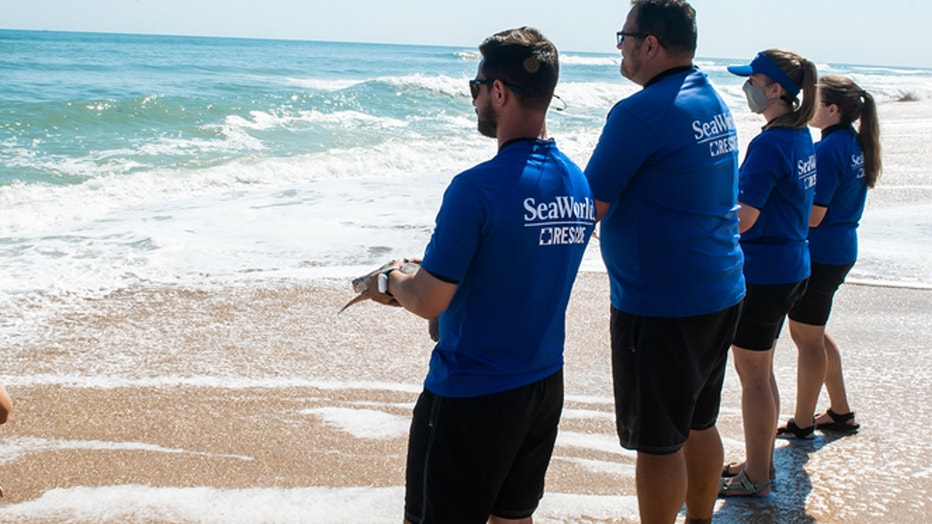 SeaWorld has rescued six of the seven species of sea turtles that are recognized by the International Union for Conservation of Nature.

They include the Kemp's/Atlantic ridley, hawksbill, olive/Pacific ridley, leatherback, green and the loggerhead. The only species that haven't been rescued is the flatback, which lives in waters off Australia, Indonesia and Papua New Guinea.