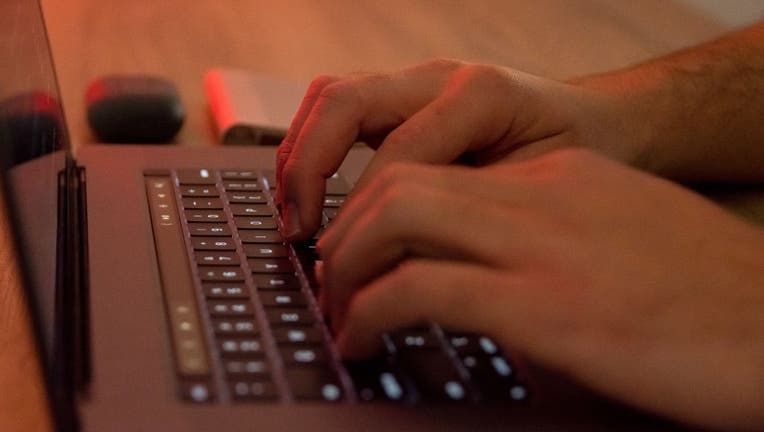 Man's hands are writting on a Macintosh (Apple) laptop in Athens, Greece on April 4, 2022. (Photo by Nikolas Kokovlis/NurPhoto via Getty Images)

According to an emailed press release from the BBB, con artists are posing as tech experts online claiming that "someone in your house has been watching online pornography."

Apparently, it's becoming a trend and the BBB is seeing an increasing number of similar tricks; and while we aren't here to judge, we are here to warn you not to fall for it.

The BBB says the way the scam works is usually someone will first discover something is wrong with their home computer or internet connection, so they'll search online for a customer support phone number. Oftentimes, those in a rush will click the first phone number "listed in a top result," the BBB said in the press release.

"This ‘tech support rep' has some creative stories to explain the issue," the BBB said. "They may insist that someone in your house has been watching pornography, and that has resulted in your computer being hacked. In one recent report, the 'representative' asked if the caller had a teenage son and then insisted the boy was to blame. In another case, ‘tech support’ claimed that ‘thousands of people’ had been using the caller's IP address to view pornography."

Being hacked is one thing, but making money off someone else’s identity is another. One woman claims her phone was hacked into and her personal photos were used to set up subscription-based social media accounts.

Needless to say, it's a setup for hackers to sell expensive computer security software, which typically costs between $200 and $900. Perhaps the worst of all is it does nothing to fix your computer or internet issues.

"In some cases, the scammers will also want remote access to your computer," the BBB explained. "Allowing them remote access enables them to install malware that records passwords, keystrokes, or other files that contain personal information."

Here are some ways to avoid tech support claims:

For additional information and to report a scam to the BBB, click here.