An ice shelf the size of New York City has collapsed in East Antarctica, an area long thought to be stable and not hit much by climate change, concerned scientists said Friday.

The collapse, captured by satellite images, marked the first time in human history that the frigid region had an ice shelf collapse. It happened at the beginning of a freakish warm spell last week when temperatures soared more than 70 degrees (40 Celsius) warmer than normal in some spots of East Antarctica. Satellite photos show the area had been shrinking rapidly the last couple of years, and now scientists wonder if they have been overestimating East Antarctica’s stability and resistance to global warming that has been melting ice rapidly on the smaller western side and the vulnerable peninsula.

The ice shelf, about 460 square miles wide (1200 square kilometers) holding in the Conger and Glenzer glaciers from the warmer water, collapsed between March 14 and 16, said ice scientist Catherine Walker of the Woods Hole Oceanographic Institute. She said scientists have never seen this happen in this part of the continent, making it worrisome.

"The Glenzer Conger ice shelf presumably had been there for thousands of years and it’s not ever going to be there again," said University of Minnesota ice scientist Peter Neff.

The issue isn’t the amount of ice lost in this collapse, Neff and Walker said. That is negligible. It's more about the where it happened.

Neff said he worries that previous assumptions about East Antarctica’s stability may not be correct. And that’s important because if the water frozen in East Antarctica melted — and that’s a millennia-long process if not longer — it would raise seas across the globe more than 160 feet (50 meters). It’s more than five times the ice in the more vulnerable West Antarctic Ice Sheet, where scientists have concentrated much of their research.

Helen Amanda Fricker, co-director of the Scripps Polar Center at the University of California San Diego, said researchers have to spend more time looking at that part of the continent.

"East Antarctica is starting to change. There is mass loss starting to happen," Fricker said. "We need to know how stable each one of the ice shelves are because once one disappears" it means glaciers melt into the warming water and "some of that water will come to San Diego and elsewhere."

Scientists had been seeing this particular ice shelf — closest to Australia — shrink a bit since the 1970s, Neff said. Then in 2020, the shelf’s ice loss sped up to losing about half of itself every month or so, Walker said. 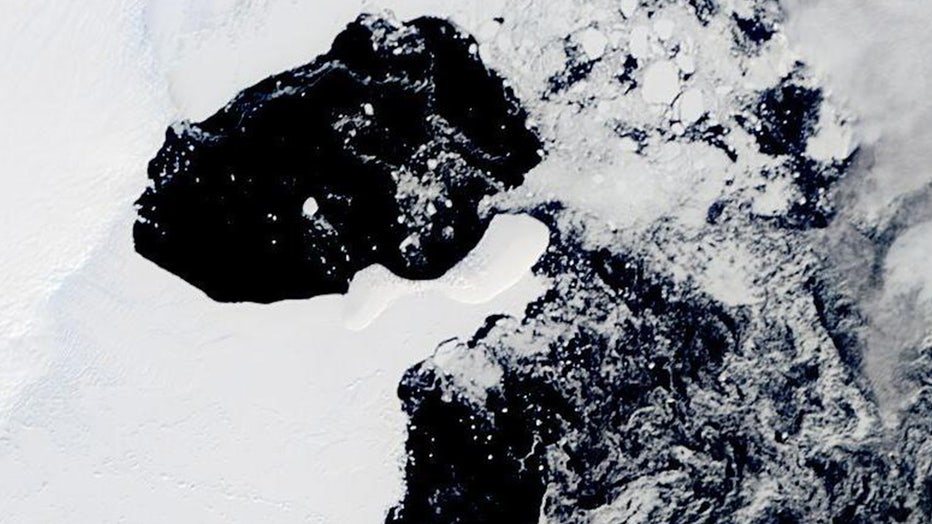 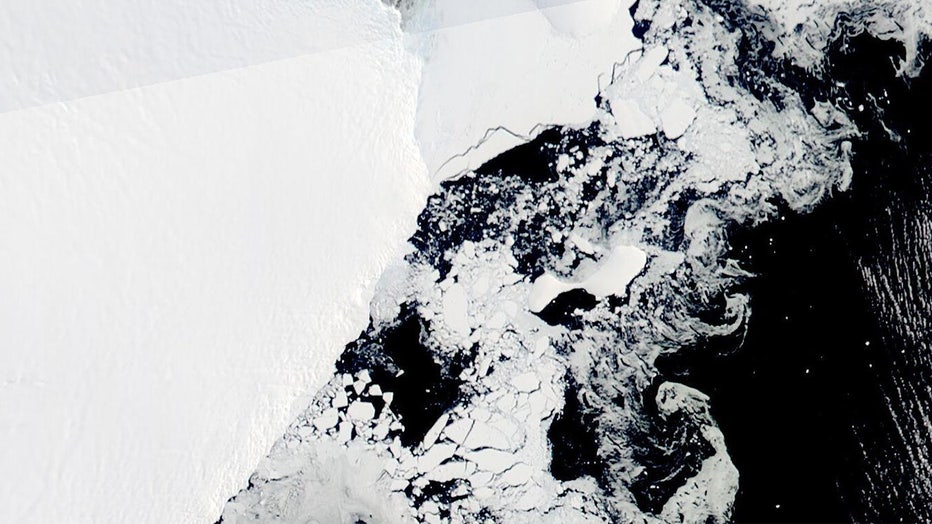 "We probably are seeing the result of a lot of long time increased ocean warming there," Walker said. "it’s just been melting and melting."

Still, one expert thinks that only part of East Antarctica is a concern.

"Most of East Antarctica is relatively secure, relatively invulnerable and there are sectors in it that are vulnerable," said British Antarctic Survey geophysicist Rob Larter. "The overall effect of climate change around East Antarctica is it’s chipping away at the edges of the ice sheets in some places, but it’s actually adding more snow to the middle."

Last week, what’s called an atmospheric river dumped a lot of warm air — and even rain instead of snow — on parts of East Antarctica, getting temperatures so far above normal that scientists have spent the last week discussing it. The closest station to the collapsed ice shelf is Australia’s Casey station, about 180 miles (300 kilometers) away and it hit 42 degrees (5.6 degrees Celsius), which was about 18 degrees (10 degrees Celsius) warmer than normal.

And that, Walker said, "probably is something like, you know, the last straw on the camel’s back."

Fricker, who has explored a different more stable East Antarctic ice shelf, said an ice shelf there "is the quietest most serene place you can imagine."