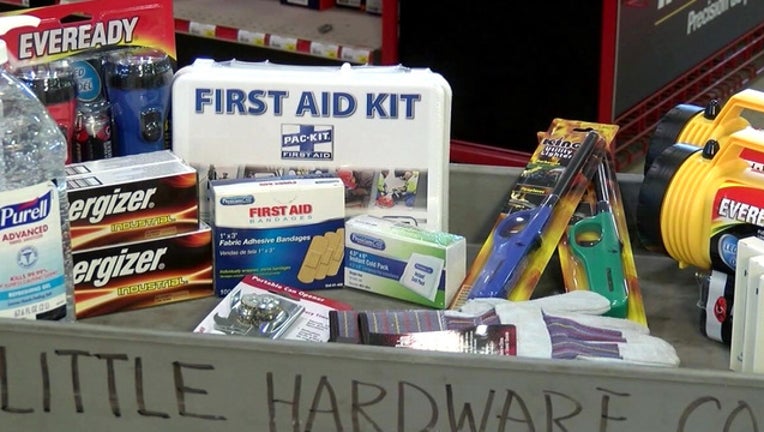 TALLAHASSEE (NSF) - We already have the season's first tropical system, and with a sales-tax “holiday” starting next week, retailers are expecting big spending on disaster-preparedness supplies by Floridians who have fresh memories of Hurricane Irma.

The six-month hurricane season arrives June 1, along with a weeklong period in which state and local sales taxes will be lifted on a list of disaster supplies. The discount period, for example, means about 90 cents to $1.05 in sales taxes will not be applied to a $15 package of batteries or $45 to $52 is left off the purchase of a generator that costs $750.

Expanded from three days last year, the tax holiday has drawn added attention after Florida experienced hurricanes in 2016 and 2017 following more than a decade without a direct hit. Hurricane Hermine hit parts of North Florida in 2016 and was followed by the devastating Irma in 2017.

“Now after being hit by Irma and everything that happened last year, people are well aware of what they need and what they didn’t have last year,” said James Miller of the Florida Retail Federation. “They’re going to load up this year. We expect it to be very fruitful for retailers, and consumers are going to be able to save a lot of money on their end as well.”

Not as ingrained in the shopping culture as back-to-school tax holidays, which the state has made a nearly annual event since 1998, the “disaster preparedness” holiday period is projected to cut state revenue by $4.6 million. Local governments will experience a $1.2 million reduction in revenue, according to state economists.

“Retailers are going to be rolling out a bunch of discounts, especially the big-box stores will have a lot of deals going on,” Miller said. “They want to capture as much of the audience as they can. It’s going to be very popular, and people are going to be going in and out of the stores.”

Miller’s optimism for the tax holiday, which will run from June 1 to June 7, is that many Floridians will recall the rush on supplies that occurred as Hurricane Irma barreled through the Caribbean Sea toward Florida last September before impacting nearly all of the state.

“People can load up early on in the year,” Miller said. “You don’t have to wait later on in the summer, when potentially a hurricane is coming or has already hit and it’s kind of almost too late to do that kind of stuff.”

Floridians are also expected to get a hurricane season wakeup call this weekend as a subtropical storm named Alberto churned Friday over the northwestern Caribbean Sea just east of Mexico’s Yucatan Peninsula.

On Thursday, the National Oceanic and Atmospheric Administration released what it considered an outlook for a slightly above-average hurricane season, which means 10 to 16 named storms, of which five to nine are expected to reach hurricane status.

Mark Wool, the warning coordination meteorologist at the National Weather Service's Tallahassee office, said the pre-season outlook is intended to serve as reminder that people need to do storm planning.

“You want to be self-sufficient for up to 72 hours. You want to have non-perishable food items. Batteries. Battery-operated flashlights and radios. You want to make sure you’ve got a first-aid kit. Enough prescription medications to get through the event,” Wool said. “Some of the most likely outcomes in these things, especially around here, is a power outage that can last a substantial amount of time.”

Here are some of the items that Floridians can buy without paying sales taxes during the holiday period:

--- Tarps or other waterproof sheeting the cost $50 or less.

--- Ground anchor systems or tie-down kits that cost $50 or less.

--- Packages of batteries, excluding automobile and boat batteries, that cost $30 or less.