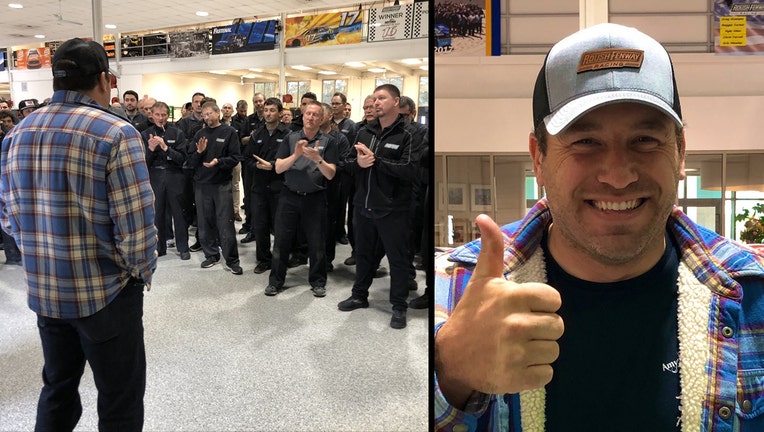 DAYTONA BEACH, Fla. - Ryan Newman's team announced that the NASCAR driver received a standing ovation after returning to the shop following a fiery crash at the Daytona 500.

During the postponed Daytona 500 race, Newman was leading in the final lap when he was caught in the back by another racer's bumper, sending him right into a wall. His car flipped, rolled, and was hit on the driver's side by another car before finally skidding across the finish line with his roof engulfed in flames.

Roush Fenway posted on Twitter on Wednesday that Newman is back in at the shop and received a standing ovation upon his return.

Newman suffered a head injury from the crash at the Daytona 500. There is still no word on when he will return to racing but he previously said that wants to come back as soon as possible, as he still aims to win the 2020 Cup Championship.