Russian President Vladimir Putin ordered a partial call-up of military reservists to bolster his forces in Ukraine, a move that sparked rare protests across the country and led to hundreds of arrests. The announcement sent Russians scampering for flights, sparked by fears that Russia's borders could close or that Putin could expand the call-up.

A top-of-the-line Russian nuclear-powered submarine has gone missing from its harbor in the Arctic along with its rumored "doomsday weapon," according to multiple reports.

NATO has reportedly warned members that Russia's Belgorod submarine no longer appeared to be operating out of its White Sea base, where it has been active since July. Officials warned that Russia may plan to test Belgorod's "Poseidon" weapons system, a drone equipped with a nuclear bomb that Russia has claimed is capable of creating a "radioactive tsunami," according to Italian media.

The drone can be deployed from the submarine at any time and detonated at a depth of 1 kilometer near a coastal city. Russian state media has claimed the device can create a 1,600-ft. wave that smashes into the coast and irradiates it. 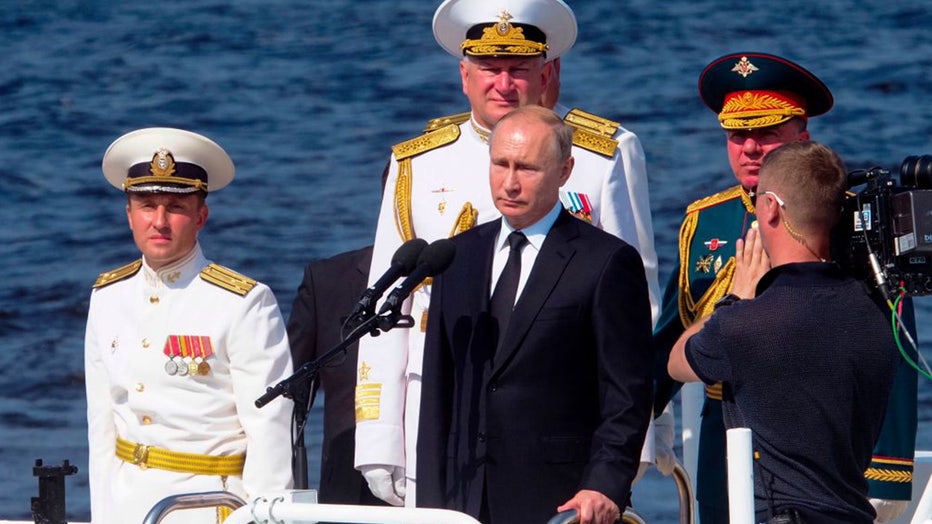 FILE - Russian President Vladimir Putin (C) and Russian Navy Commander in Chief Nikolai Yevmenov (C, behind) arrive to attend a parade of the Russian fleet as part of the Navy Day celebration in Saint Petersburg on July 28, 2019. (DMITRY LOVETSKY/AFP via Getty Images)

The 600-ft. submarine was delivered to the Russian Navy in July as part of Russian President Vladimir Putin’s top-secret program that aims to develop and operate a series of a new class of "super weapons."

Rebekah Koffler, a strategic intelligence expert and author of "Putin’s Playbook," warned that Russia's use of such a weapon would only come as a last resort "in the event that Russia and the U.S. are in a direct kinetic war and Russia is losing."

Koffler said the device is likely not to be operational until 2027, but Putin may be testing it as a means to intimidate both Ukraine its NATO allies in the West. Putin has warned that Russia's potential use of nuclear weapons is "not a bluff." 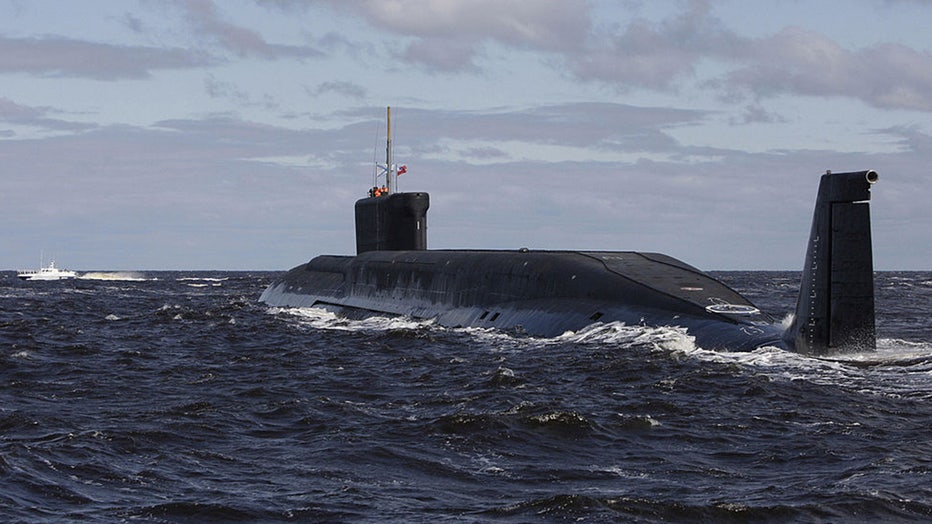 FILE - A new Russian nuclear submarine, the Yuri Dolgoruky, drives in the water area of the Sevmash factory in the northern city of Arkhangelsk on July 2, 2009. (ALEXANDER ZEMLIANICHENKO/AFP via Getty Images)

Belgorod's location remains publicly unknown as of Monday, a situation that is not particularly surprising to Koffler. Russian submarines have some of the best stealth capabilities in the world and have even entered U.S. waters undetected in the past, according to Koffler.

One incident in the early 2010s saw a submarine get detected only when it was leaving U.S. waters. 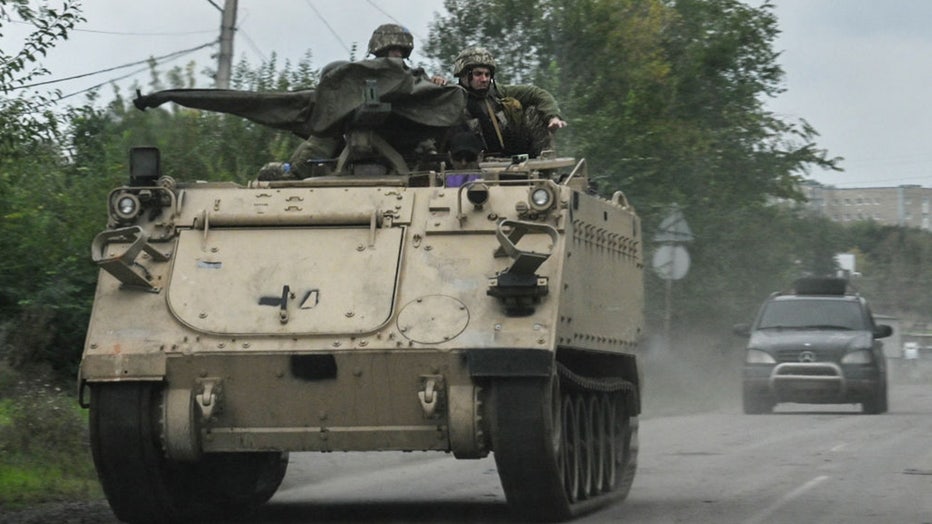 "My colleagues from the Office of Naval Intelligence got a serious dressing down by a four-star general" following the event, Koffler said.