Dashboard camera video from a patrol car, released by the Osceola County Sheriff's Office, shows a suspect taking off with the truck in the Champions Gate community, almost hitting the patrol car.

"There was an accident of some sort and the suspect was part of the accident," explained Major Jacob Ruiz with the Sheriff's Office. "A victim tried to stop the suspect from stealing the vehicle and that’s where the carjacking charges come in -- he physically attacked a person in order to go ahead and get into the vehicle."

Investigators said 57-year-old Kevin Applegate had been in a hit and run crash but then drove away in the Road Ranger’s truck. 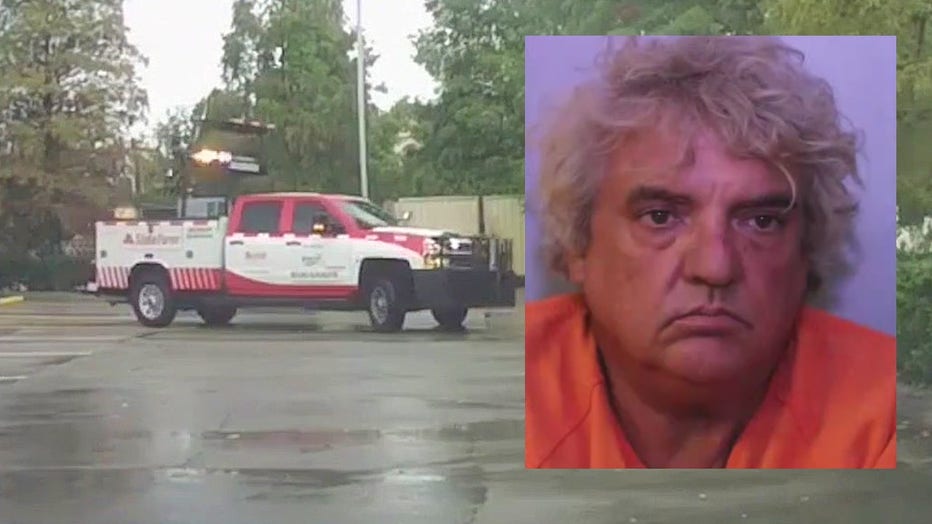