The Ringling Bros. and Barnum & Bailey circus is making a comeback.

Feld Entertainment, the family-owned company that owns the circus, announced Wednesday that a live production of 'The Greatest Show on Earth' will debut in the fall of 2023.

The show shut down in 2017 after 146 years.  The company blamed a drop in attendance on removing elephants from the show.

The new U.S. tour will officially launch in September 2023, visiting more than 50 cities in North America. Tickets will go on sale in April of 2023.

In announcing the return of the circus, the company made no references to animals.  It said the show will focus on 'amazing talent from around the world, displaying incredible feats that push the limits of human potential and create jaw-dropping moments."

The circus is now holding a global search for new acts.  It says it has already received more than 1,000 applications.  Rehearsals will begin in June 2023. 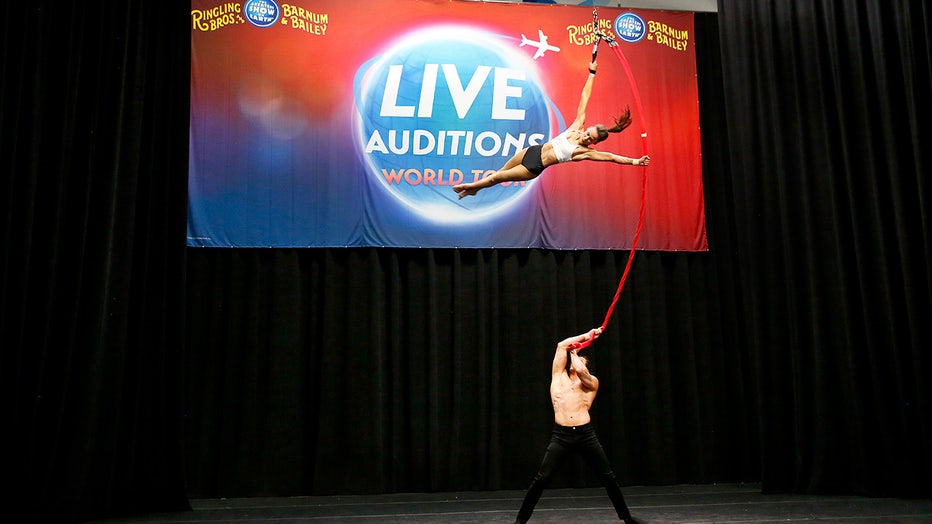 The company hopes to license its name for toys, games and packaged goods.  It also hopes to work with theme parks to license its brand for attractions in the parks.  A documentary is also being produced that will take the audience backstage to meet the cast and crew and learn what it takes to be part of the show.

"As passionate stewards of Ringling, we are committed to creating a lifestyle brand that connects with families and sparks real fun 365 days a year through live performances, digital content, consumer products, school curricula, youth circus arts programs and more," said Kenneth Feld, Chairman and Chief Executive Officer of Feld Entertainment. "We are innovating all aspects of the live show and modernizing the franchise to create an engaging property that is built for today's families and will last another 150 years."