More than a dozen residents came to Seminole County's Planning and Zoning Commission meeting on Wednesday night to voice their disapproval of a possible new development of 91 homes in an Oviedo neighborhood.

OVIEDO, Fla. - More than a dozen residents came to Seminole County's Planning and Zoning Commission meeting on Wednesday night to voice their disapproval of a possible new development of 91 homes in an Oviedo neighborhood.

DLC Paddock Way wants to rezone 35 acres at the end of Lake Hayes Road from agriculture to planned development. The homes would be built near the north side of Lake Hayes Road, about half a mile east of Alafaya Trail and on Paddock Way. Residents who live in the area say the infrastructure wasn't built to handle the proposed amount of traffic that could be coming through.

Erin Rue, who lives on Paddock Way has lived in Seminole County for more than 40 years and said she is frustrated and sad to see more and more rural parts disappearing. "It's sad, not only is it just about my personal space but there's so many animals and the infrastructure can't handle it on our roads," she said. 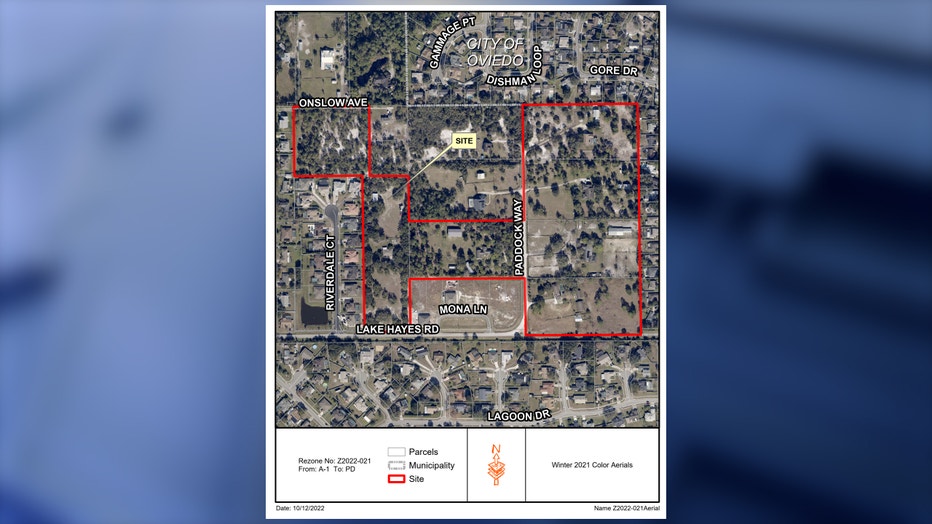 She is one of two homes on Paddock way that refused to sell to developers, DLC Paddock Way. Other residents on Lake Hayes, that live in Brighton Estates say not only is the infrastructure not built for 90 more homes but there could be more flooding concerns.

"We flooded, we did have a road erode from underneath," Daniel Barrett said.

Barrett pointed to a portion of Lake Hayes road that eroded after Hurricane Ian came through.

Another resident that spoke at the meeting also added to flooding concerns, "If you add this project to what is going on currently when they haven't even figured out the existing problem, we're going to have a nightmare."

The Planning and Zoning Commission did approve this project to move forward. The next step will be to the board of county commissioners for final approval.