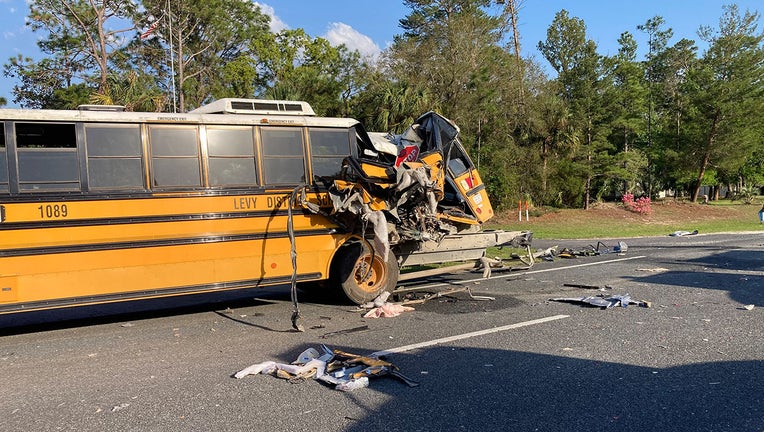 INGLIS, Fla. - Several children were hospitalized Wednesday afternoon when their school bus crashed on the way home from school, according to the Florida Highway Patrol.

It happened around 4 p.m. in front of the Villages Pines Camp Ground in Levy County. 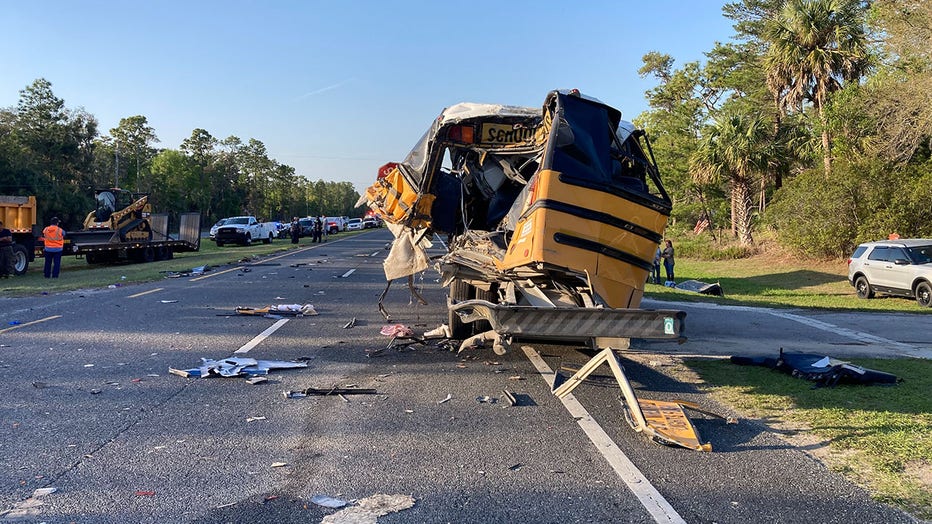 Courtesy of the Florida Highway Patrol

Troopers say the bus, which had ten students on board, was stopped with its lights activated to let students off when the driver of a tractor-trailer collided with the back of the bus. 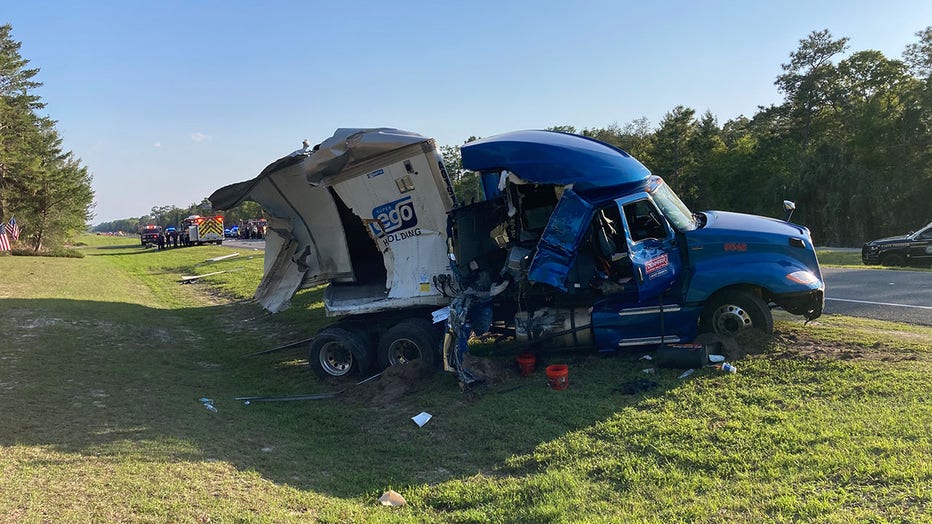 Courtesy of the Florida Highway Patrol

Five students, two of whom were in serious condition, were taken to Shands Hospital after the crash, according to FHP.

Troopers do not know why the driver of the tractor-trailer, a 34-year-old man from Seffner, did not stop before hitting the bus.