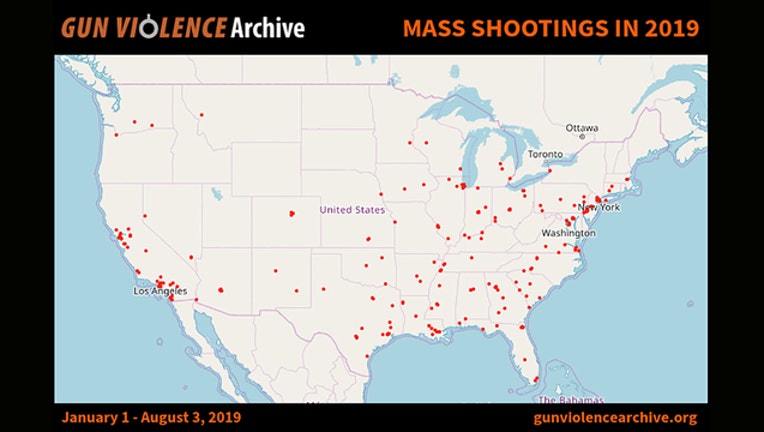 TAMPA, Fla. (FOX 13) - Researchers say there have been more mass shootings in the U.S. so far in 2019 than the number of days this year.

According to the nonprofit research group Gun Violence Archive, there have been 253 mass shootings in the U.S. as of Sunday, which is the 216th day of the year.

The nonprofit defines a mass shooting as any incident where four or more people were shot, not including the gunman.

According to the Gun Violence Archive, there were 340 mass shootings in 2018 and 346 in 2017. Since the organization started keeping track of incidents across the U.S. in 2013, only 2016 had more mass shootings than days in the year.