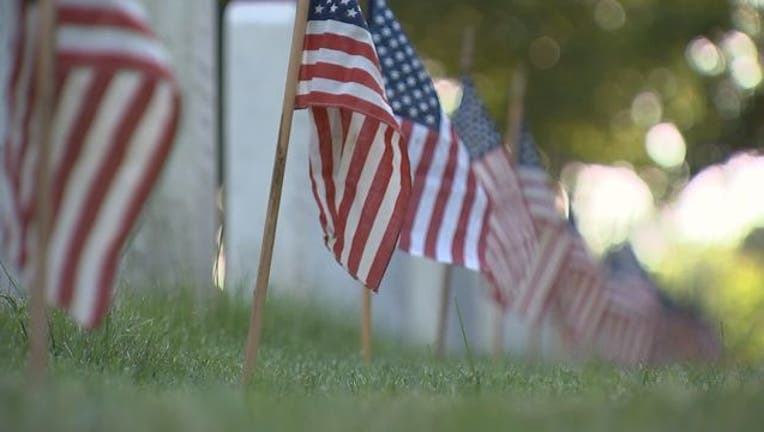 SAN ANTONIO (AP) - The remains of eight U.S. military veterans stored for years in the basement of a county courthouse in the Texas Panhandle have been interred as part of a formal ceremony in San Antonio.

The servicemen were buried Friday at Fort Sam Houston National Cemetery after their cremated remains had been escorted more than 500 miles (805 kilometers) from the Potter County courthouse in Amarillo.

No family or friend had claimed any of the eight men when they died so their bodies were stored.

The San Antonio Express-News reports that Navy petty officer Coy Washington Black, who died at 67, had been in the basement the longest - 15 years.

Friday's burial was provided by the Missing in America Project, a group that has given final honors to more than 3,500 veterans across the country.

"These veterans that we're locating served our country honorably," said Joyce Earnest, Texas coordinator for the project, which has been locating, identifying and interring the unclaimed remains of America's veterans since 2007. "And they deserve to be treated honorably in their deaths."

Little is known about the men other than their names, birth and death dates.

The other seven are: