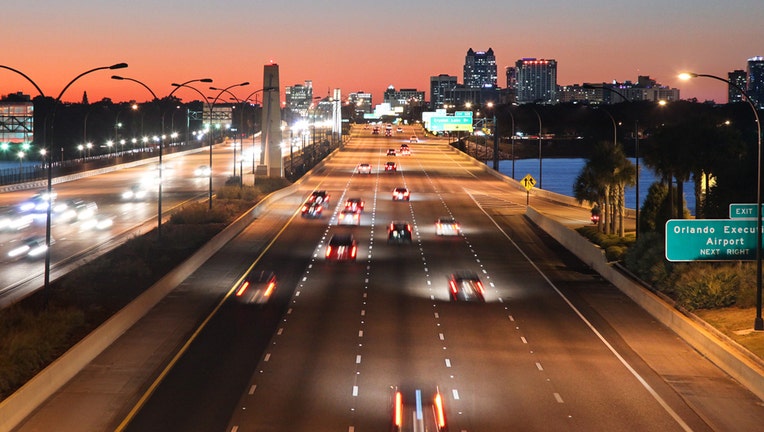 ORLANDO, Fla. - On Thursday, the Central Florida Expressway Authority will vote on whether to increase the speed limit on State Road 408 through downtown Orlando from 55 to 60 mph.

The thought of cars and trucks driving faster on a busy, major roadway may seem like a disaster waiting to happen, but transportation officials say it would actually ease road rage, lane surfing, and rear-end crashes.

According to the Orlando Sentinel, 85-percent of traffic on the stretch of the toll road that runs from Kirkman Road west of Orlando and Chickasaw Trail east of the city is clocked at 66 to 78 mph. The speed limit past Kirkman and Chickasaw is 65 mph.

The current 55 mph speed limit was set 50 years ago.

"We have a certain segment of the population that does the speed limit and not a mile over it," Kim Montes, Central Florida spokeswoman for the Florida Highway Patrol, told the Sentinel.

What makes that dangerous is that the vast majority of traffic is traveling much faster, prompting many drivers to resort to abrupt lane changes and ‘land surfing’ – and often times running into another vehicle.

Transportation consultant Dewberry was contacted by the expressway authority and recommended the increase.

"When drivers travel at the same or similar speeds in the same direction, even at high speeds on expressways and interstates, motorists are … unlikely to collide as long as they maintain the same or similar traveling speeds," the consultant stated according to the Sentinel. "Conversely, when drivers travel at different rates of speed, the frequency of crashes increases, especially crashes involving multiple vehicles. The key factor is speed variance."

According to a 2019 study from Iowa State University, when a speed limit was increased, drivers typically adhered to the new speed limit.

Central Florida Expressway spokesman Brian Hutchings told the Sentinel that if the increase in approved, it will take three to four months to replace the 55 mph speed-limit signs.