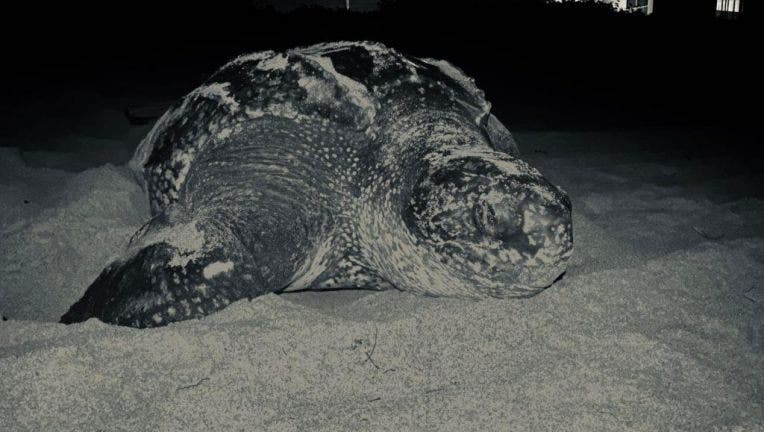 "Water is a fine balance," Perrault said. "If the water gets too high and it’s raining too much, the eggs drown. If it’s too dry, the eggs will desiccate."

Wet sand helps provide a better structure for egg chambers, which are some 2 feet (.06 meters) deep.

"Dry sand can result in a false crawl, where the turtle comes on the beach to nest but turns around," Perrault said. "Or they may lay their clutches closer to the water, but that exposes eggs to tidal inundation."

Palm Beach County received an average of about 71.4 inches (181 centimeters) of rain last year. That’s about 14.6 inches (37 centimeters) more than normal, according to the National Oceanic and Atmospheric Administration.

"People may say it’s only a 10% difference in success rates, but we’re the most densely nested loggerhead beach in the western hemisphere," Perrault told the Post. "That’s a lot of animals not surviving because of the weather."

Last year, about 25% of the nests counted by the center were lost to waves and wind, Perrault said.

The Florida Fish and Wildlife Conservation Commission has yet to compile the statewide nesting numbers for 2020.

Nesting season in Palm Beach County is March 1 to Oct. 31, but Perrault said a warming world is causing turtles to nest earlier and to keep nesting until as late as December.