"While this burst early likely won't influence local river levels, we are seeing areas of standing/ponding water," said King. "Grounds are still fairly saturated from Ian's influence about a month ago so it won't take much for big puddles to develop." 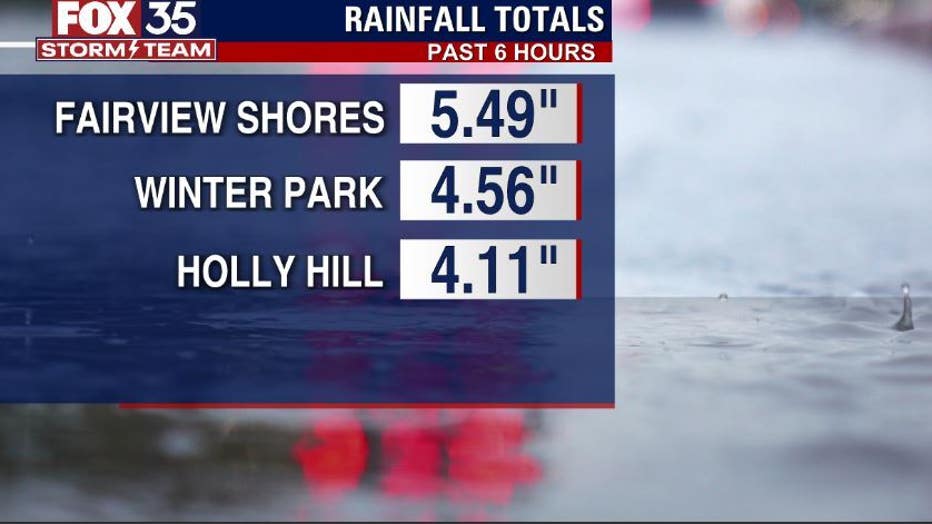 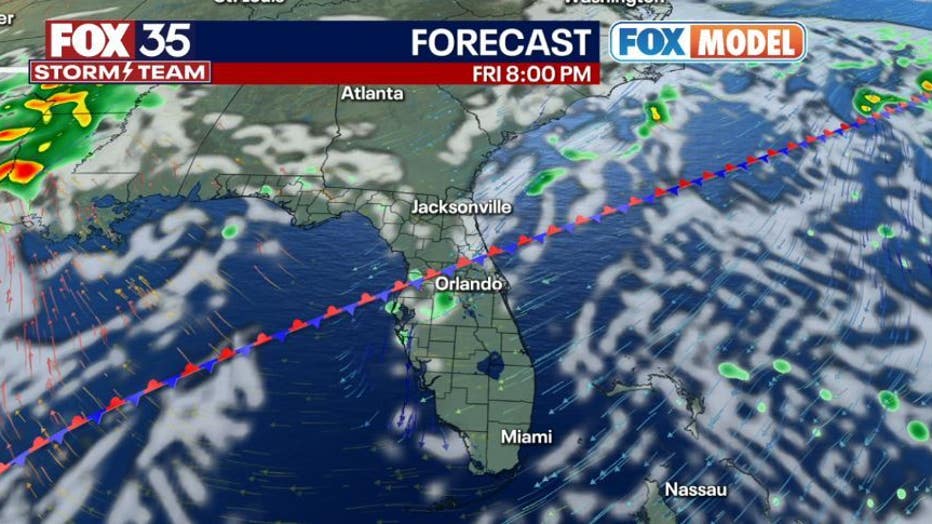 A stalled front straddling the Central Peninsula and a developing Northeast breeze are combining forced to bring the area's rain surge early this Friday. Local amounts have exceeded 4"+ in a short amount of time. Rain chances ease up a bit by mid-morning with passing showers possible again this afternoon.

Some of the higher rain chances will be in the northeast coastal counties-Volusia and Flagler. 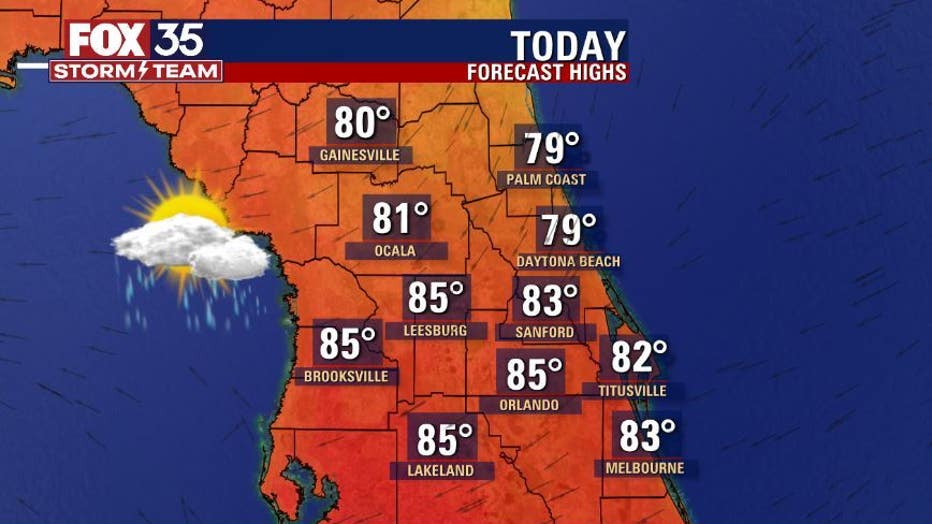 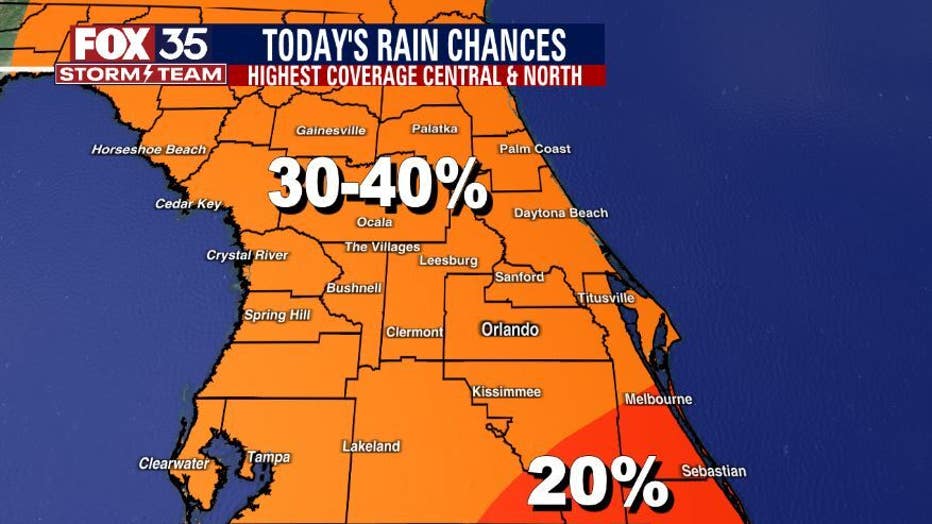 Main weather concerns:
A stalled front over central Florida will keep clouds overhead today and bring the chance for a few showers and even an isolated lightning strike or two. Rain chances overall remain at 30-40%, especially before sunrise and again after 2pm. Afternoon highs stay in the mid-80s across the interior and upper 70s to low-80s along our east coast beaches. 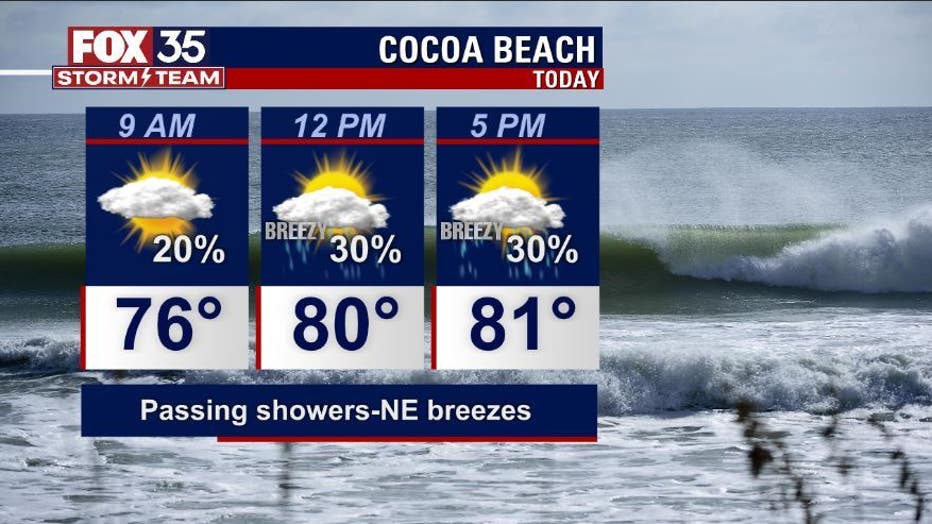 BEACHES:
You can expect lots of clouds and Northeast breezes along the beaches today. Passing showers are possible with rain chances in the 30-40% range. Rip current risk remains at a moderate level,
make sure to swim near an open lifeguard stand. Surf is in the 2-3' range as a Northeast wind swell continues and there is moderate chop along the intracoastal waters.

THEME PARKS:
The theme parks will feature mixed skies and passing showers, especially after 2pm. Rain chances are in the 30% range. Highs at the attractions cash in around the low-mid 80s. 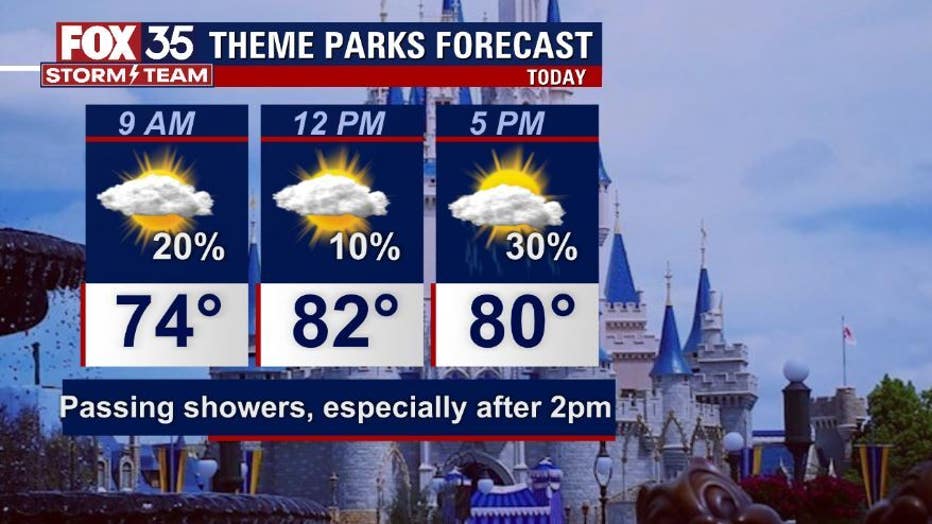 OUTLOOK:
The front influencing our local weather currently will slowly dissolve over the weekend, becoming less of a factor. The weekend will bring mixed skies and slight rain chances Saturday and mostly sunny-dry weather Sunday. Enjoy the great weather this weekend. 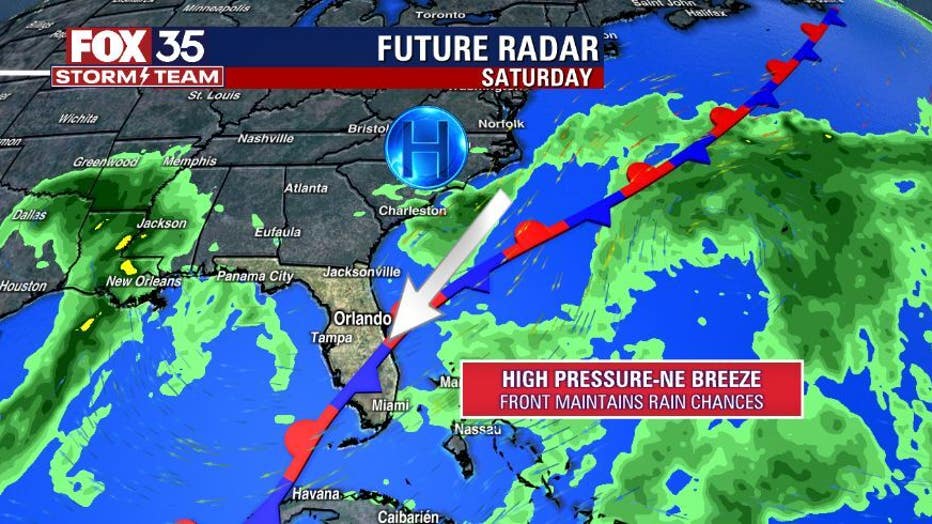 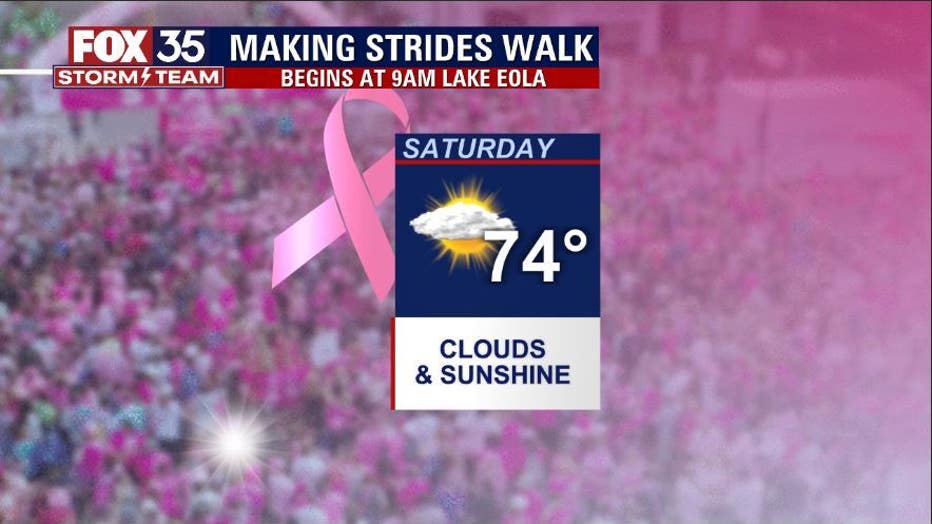 Don't forget to join the FOX 35 Care Force at the Making Strides Breast Cancer  walk at Lake Eola on Saturday morning. Some of the FOX 35 News team will be there and the weather looks great! Halloween looks great with dry, warm weather for trick or treating. 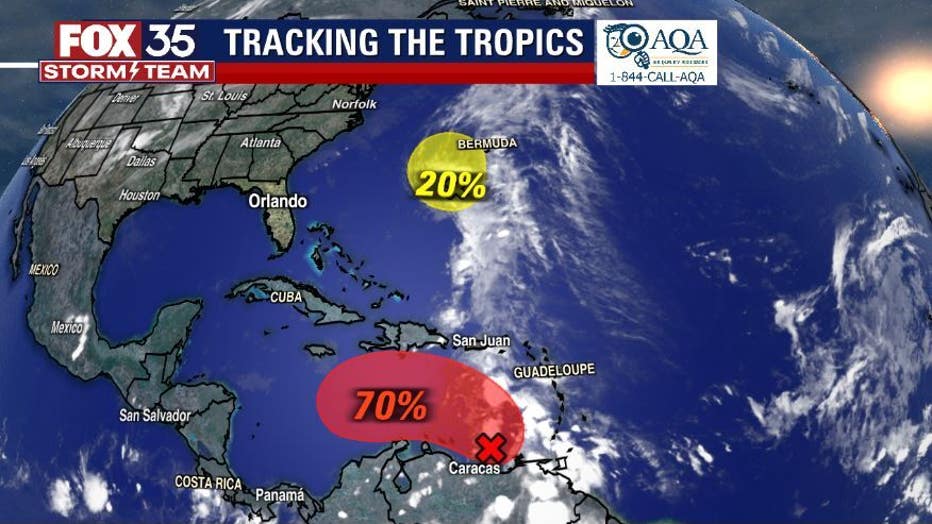 The second system is an area of low pressure that is expected to form over the eastern Caribbean Sea this weekend and continue to move westward. The FOX 35 Storm Team will continue tracking the tropics for you and keep in mind that Hurricane Season runs until November 30th. Stay prepared and aware of the tropical outlook in the coming days!