The Conservancy of Southwest Florida has announced the discovery of a record-breaking Burmese python found to date in Florida. The female python measured nearly 18 feet in length and weighed in at 215 pounds.

LAKE MARY, Fla. - The Conservancy of Southwest Florida on Wednesday unveiled the largest python yet to be captured in the state. The reptile measures nearly 18 feet in length and weighs 215 pounds, the agency said during a news conference.

During a necropsy, researchers discovered the female Burmese python had a record of 122 developing eggs within the snake’s abdomen. "Furthermore, an assessment of the snake’s digestive contents found hoof cores, determining an adult white-tailed deer – a primary food source of the endangered Florida panther – to be the snake’s last meal," a spokesman for conservancy said.

The Burmese python is considered an invasive species in Florida, which wildlife officials say is a serious threat to Florida's ecosystem. 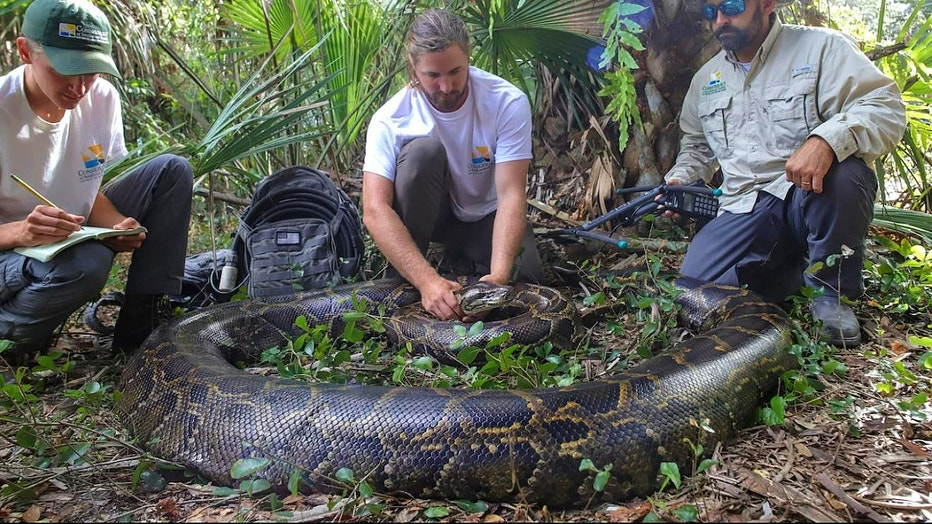 "The removal of female pythons plays a critical role in disrupting the breeding cycle of these apex predators that are wreaking havoc on the Everglades ecosystem and taking food sources from other native species," explained Ian Bartoszek, a wildlife biologist, and project manager for the Conservancy of Southwest Florida. 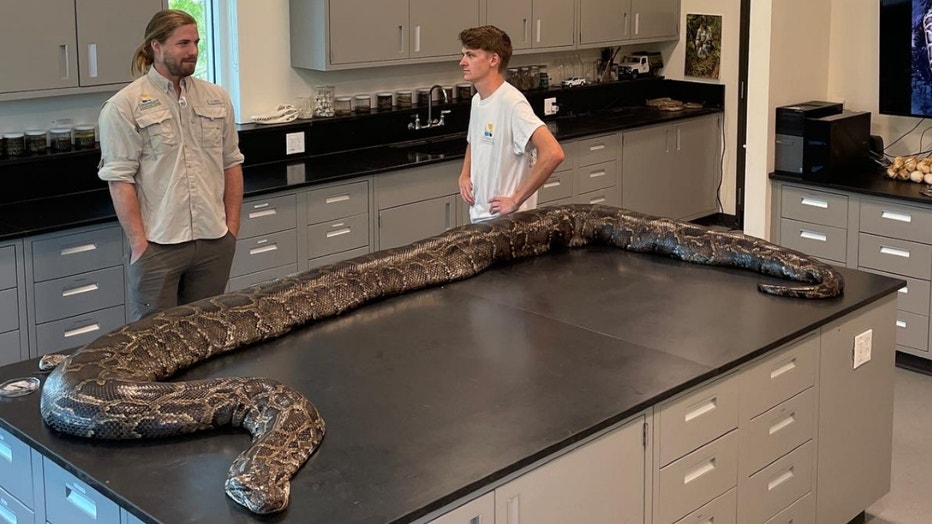 Prior to this recent find, the largest female python removed through the conservancy’s program weighed 185 pounds and was the heaviest python captured to date. The conservancy said it has removed over 1,000 pythons in total, weighing collectively more than 26,000 pounds. 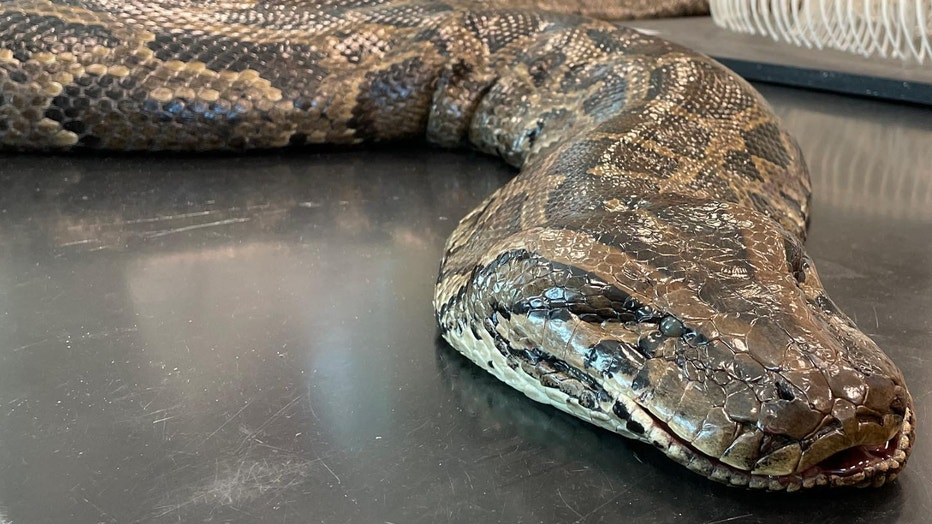 According to the Florida Fish and Wildlife Commission (FWC), the Burmese python may reach a length of 26 feet with a weight of more than 200 pounds. However, the average size of a Burmese python removed in Florida is typically 8 to 10 feet in length.

The native range of the Burmese python stretches from India to lower China, throughout the Malay Peninsula, and on some islands in the East Indies. These pythons usually live near water and are considered good climbers, but there is a low risk of a human attack by a python. They are a prohibited species in Florida, meaning they are no longer allowed to be acquired or possessed as a pet or for commercial sale.

Following last year's Florida Python Challenge, FWC reported 223 pythons had been removed from the Everglades during the competition. The 10-day-event in August 2021 more than doubled the number of pythons captured the previous year.

Registration has opened for the 2022 Florida Python Challenge. Those who participate in the removal challenge are eligible for cash prizes as in previous years. The challenge begins on Friday, Aug. 5 at 8 a.m. and ends Sunday, Aug. 14, at 5 p.m. It costs $25 to register for the competition. Participants do not need to be a Florida resident or have a Florida hunting license or a Wildlife Management Area permit, according to the challenge's website. They will, however, be required to take the 30-minute online training. To sign up, or for more information, visit www.flpythonchallenge.org.