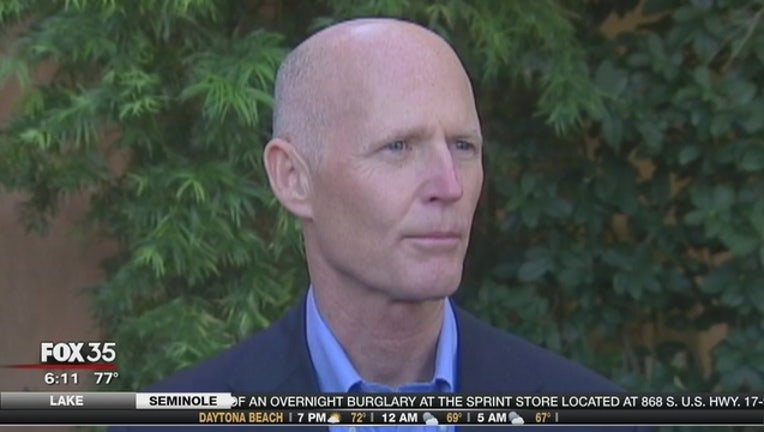 TALLAHASSEE, Fla. (AP) - Florida Gov. Rick Scott on Wednesday vetoed a far-reaching bill that would have boosted financial aid for high school students heading to college while attempting to lift Sunshine State schools into the ranks of elite counterparts.

The legislation, which was a top priority for Senate President Joe Negron, required the state to cover 100 percent of tuition costs for top performing high school students who attend a state university or college. Florida used to pay 100 percent of tuition for those eligible for the top level of the state's Bright Futures scholarship, but that was scaled back when the economy soured.

Scott in his veto letter pointed out that students heading to school this fall will still be eligible for a higher Bright Futures award since that was included in the state budget he signed. But the change is only a one year fix and isn't permanent because of Scott's veto.

The Republican governor, who criticized Florida's 12 public universities in the past for seeking tuition hikes and called on them to spend less money on degree programs, said he vetoed the bill because it was too onerous for the state's 28 colleges.

Those colleges, which used to be called community colleges, currently offer a mix of both two-year and four-year degrees. The bill would have placed enrollment limits on four-year college degree programs and would have created a new board to oversee the state colleges.

"This interference impedes the ability of state colleges to meet the needs of communities and families they serve," Scott wrote.

Negron, in a statement, disagreed with Scott's position and contended the bill would have required colleges to focus on their core missions. He also said that the governor's veto would make it harder for families to save for college.

"As I have traveled the state talking to families, I have learned what an important role Bright Futures plays as students plan their financial investment in a college or university education," Negron said. "Students and families deserve certainty when making these important decisions, and today's veto makes advance planning much more difficult."