Brevard Zoo releases pumpkin the sea turtle back into the wild

Brevard Zoo said that Pumpkin was released back into the ocean on Tuesday morning at Vero Beach.

VERO BEACH, Fla. - Pumpkin, a sea turtle that spent six months at a healing facility due to kidney issues, was released back into the ocean on Tuesday, a Florida zoo said.

The Brevard Zoo told FOX 35 that Pumpkin the sea turtle first arrived at the zoo's sea turtle healing center on October 21, 2020, after being seen stranded on the beach multiple times. 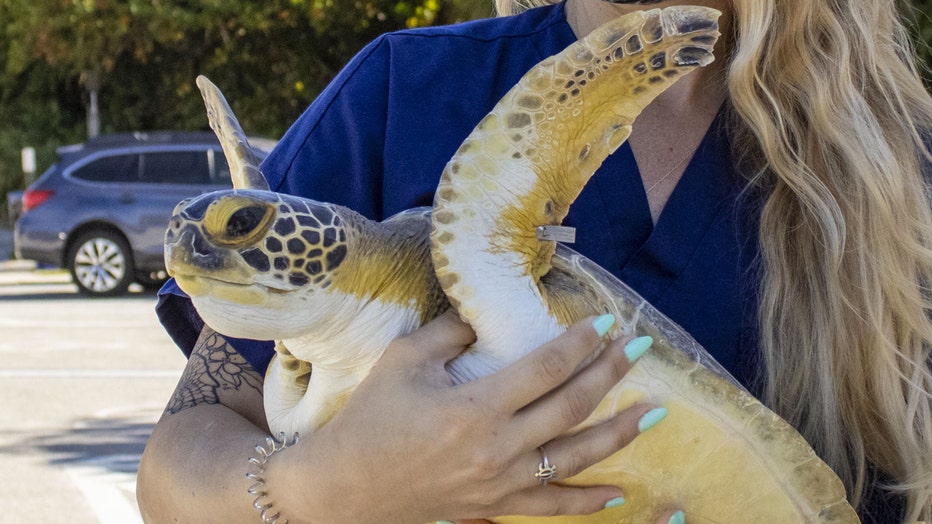 Caretakers said that the turtle had kidney issues, including potentially kidney disease. As a result, Pumpkin spent six months at the healing center being treated with nutritional support, medication and fluids.

Eventually, the zoo said that Pumpkin's kidney values improved with stagnant results, so they decided to discontinue all medications and fluids. The sea turtle was approved for release on Monday. 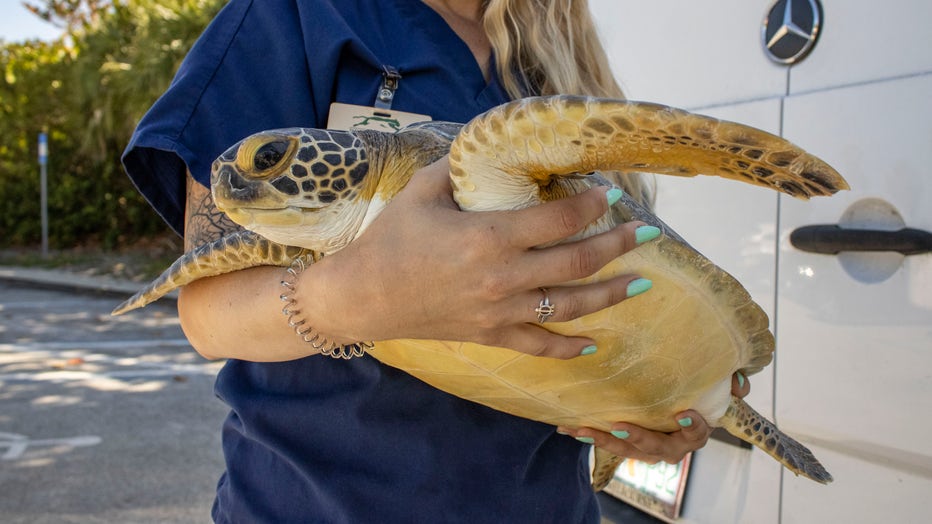 On Tuesday, officials said that Pumpkin was released into the ocean through the Tracking Station Beachfront Park in Vero Beach.