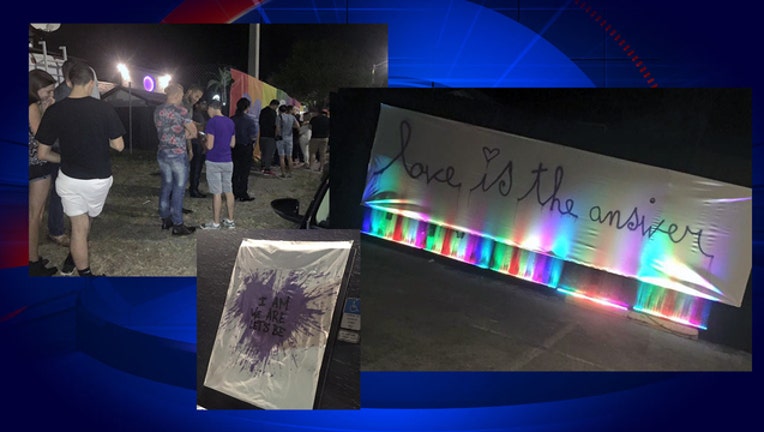 ORLANDO, Fla. (AP) - The gates surrounding Pulse nightclub in Orlando, Florida, have been open for the first time since the deadly June attack for the unveiling of a new memorial.  See video below >>

Multiple news outlets report that hundreds of people gathered Thursday night as artists revealed the new mural at an event held behind the commemorative fence around the club.

Artists Mr. Brainwash and Nats Getty collaborated to help create the mural which features hearts painted in colors from the rainbow flag.

The artists said they're leaving the background of the mural white to encourage people to write their own messages and tributes on it.

Another canvass displayed bears the slogan for the memorial: "I am. We are. Let's be."