President Donald Trump drove past and waved at protesters as they gathered for the so-called “Million MAGA March” in Washington DC on November 14. (Credit: @jackjackattackkk_ via Storyful)

WASHINGTON - President Donald Trump drove past and waved at protesters as they gathered for the so-called “Million MAGA March” in Washington DC on November 14, footage shows.

Hundreds of Trump supporters had reportedly gathered in Freedom Plaza to back the president’s claims that he had won the presidential election.

On Friday, the president gave a shout out to his supporters around the country who are gathering for rallies to voice their dissent over the recent presidential election outcome. 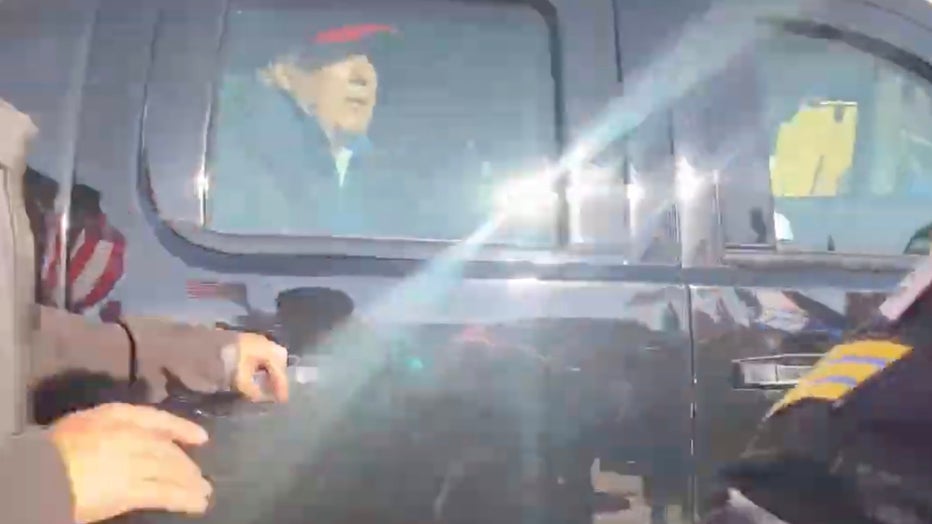 “Heartwarming to see all of the tremendous support out there, especially the organic Rallies that are springing up all over the Country, including a big one on Saturday in D.C. I may even try to stop by and say hello. This Election was Rigged, from Dominion all the way up & down!”

Democratic challenger Joe Biden was projected by the Associated Press and FOX News as the 46th president of the United States on Nov. 7 after claiming the key battleground state of Pennsylvania, pushing him well past the needed 270 Electoral College votes to win the White House.