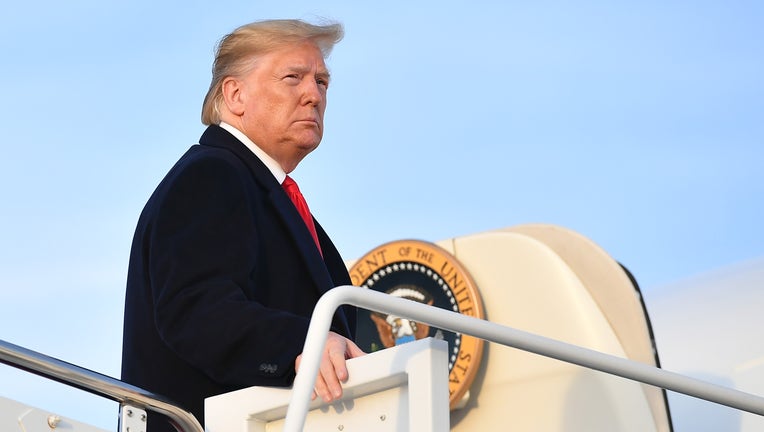 MEXICO CITY - President Donald Trump is offering Mexico’s government unspecified help to “wage war” on drug cartels after a family from a breakaway faction of the Church of Jesus Christ of the Latter Day Saints was massacred in northern Mexico.

“This is the time for Mexico, with the help of the United States, to wage WAR on the drug cartels and wipe them off the face of the earth. We merely await a call from your great new president!” Trump said in a series of tweets addressing the tragedy.

Trump added that the U.S. government stands ready to get involved. He said that Andrés Manuel López Obrador has made fighting drug cartels a top issue.

“But the cartels have become so large and powerful that you sometimes need an army to defeat an army! ”

López Obrador has favored a less militaristic approach to the problem, saying a policy of frontal confrontations by his predecessors led only to more violence.

RELATED: At least 9 US citizens die in cartel attack in north Mexico

Mexico's top security official says at least 3 women and 6 children were slaughtered by cartel gunmen and one child is still missing in northern Mexico. Relatives say the victims are U.S. citizens.

Security Secretary Alfonso Durazo said Tuesday the gunmen may have mistaken the group's large SUVs for rival gangs. He said six children were wounded in the attack, and five have been transferred to hospitals in Phoenix, Arizona.

Durazo said the Sinaloa cartel has an important presence in the area, but is fighting for the territory with rivals.

The chilling attack targeted U.S. citizens who live in a community founded as part of an offshoot of The Church of Jesus Christ of Latter-day Saints.

Police and army troops are searching for the missing child.