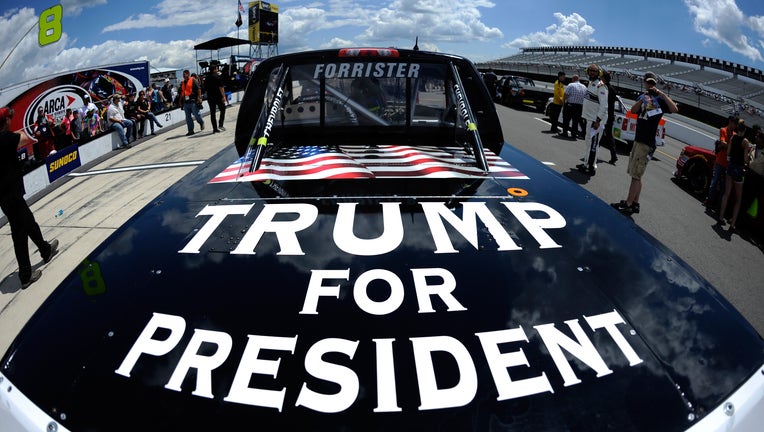 LONG POND, PA - AUGUST 01: The truck of Korbin Forrister, driver of the #08 Trump for President Chevrolet, is seen on the grid prior to the NASCAR Camping World Truck Series Pocono Mountains 150 at Pocono Raceway on August 1, 2015 in Long Pond, Penns

DAYTONA BEACH, Fla. - President Donald Trump is out to rev up his appeal with a key voting demographic — NASCAR fans — as he takes in the Daytona 500 on Sunday.

NASCAR drivers may veer to the left during their trip around the oval racetrack, but their fans lean right, which helps explain the regularity with which GOP presidents have made their way to the track.

Trump will be the second sitting president to attend the Daytona 500, after George W. Bush in 2004. Like Trump, he also attended the race during a presidential election year. Republican presidents Ronald Reagan and George H.W. Bush also visited the track at Daytona but during races other than the 500.

This year, Trump will serve as grand marshal and give the command for drivers to start their engines.

RELATED: Trump's Daytona 500 appearance could include lap in presidential limo

Ari Fleischer, the White House spokesman under George W. Bush, said the visit should appeal to Trump on two fronts.

Just in case anyone misses the point, Trump’s reelection campaign will run a TV ad during the Fox broadcast of the race and fly an aerial banner near the speedway.

Trump scored a coup in 2016 when Brian France, then NASCAR’s chairman and chief executive, endorsed him in the presidential race. While France’s endorsement was a personal matter, some critics said it hurt NASCAR’s efforts to boost its appeal among minorities. And Trump didn’t help matters when he repeatedly claimed he had received “NASCAR’s endorsement” rather than France’s.

RELATED: President Trump to give command to start engines at Daytona 500

In 1984, Reagan became the first sitting president to attend a NASCAR race. That July, he started the Firecracker 400 at Daytona International Speedway, where he gave the command, “Gentlemen, start your engines!” from aboard Air Force One. Later, the plane landed at Daytona International Airport behind the speedway in full view of the fans. It was at that race that Richard Petty captured his historic 200th victory.

Reagan stuck around until the end and even did a few laps of radio play-by-play during the race, congratulated Petty and then ate chicken with drivers, crew members, NASCAR employees and their families in the garage area. 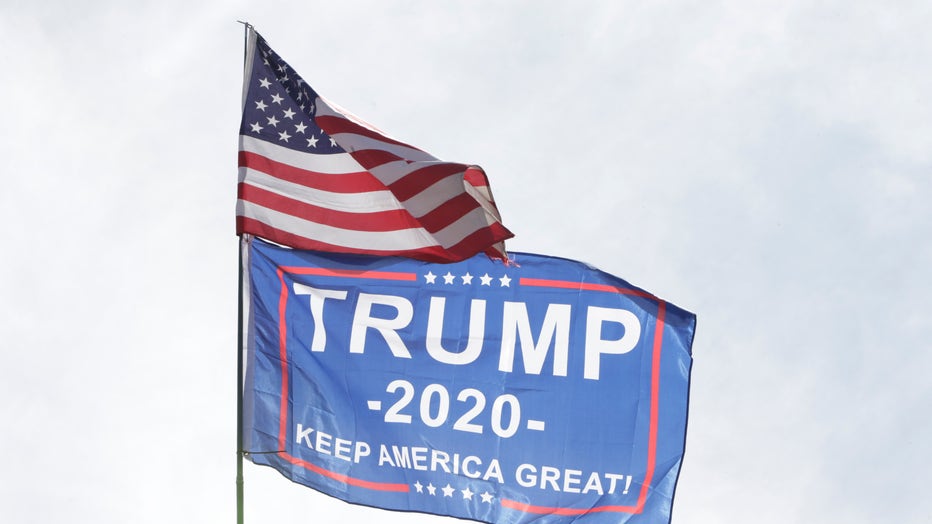 The senior Bush’s trip to Daytona occurred in 1992. As Reagan’s vice president, he also served as the honorary starter for the 25th running of the Daytona 500.

President Barack Obama’s initial presidential campaign was presented with the opportunity to sponsor a car in a NASCAR race, but eventually declined that chance. However, Obama routinely invited the winners of the NASCAR Cup Series championship to the White House, a tradition Trump has continued.

Last year, Trump took that outreach a step further, awarding the Presidential Medal of Freedom, one of the nation’s highest civilian honors, to Roger Penske, a businessman and founder of one of the world’s most successful motorsports teams.

Democrat Bill Clinton didn’t get as friendly a NASCAR reception as the GOP presidents.

DAYTONA 500 on FOX: Pre-race coverage begins at 1 p.m. Sunday on FOX 35 followed by the race at 2:30 p.m. Good Day Orlando will be live from the Daytona International Speedway that morning between 7 and 10 a.m.