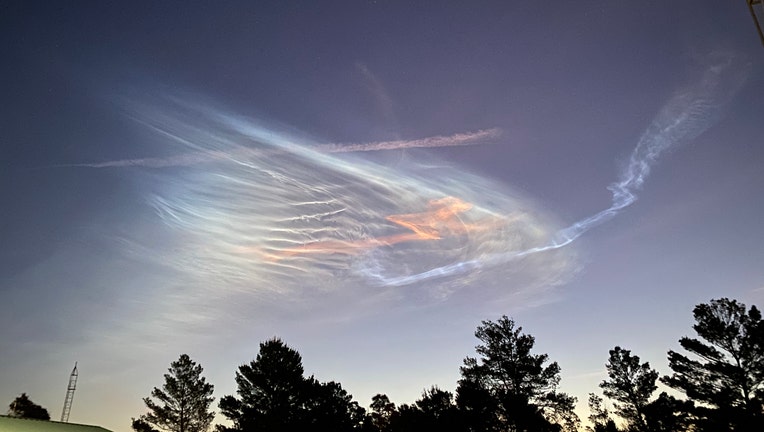 As the dawn light mixed with noctilucent and cirrus clouds, it created a rainbow palette in the sky, according to the National Weather Service in Melbourne.

Noctilucent clouds are high-altitude wispy-like clouds formed from ice crystals within the mesosphere, which is a region of the Earth's atmosphere above the stratosphere and below the thermosphere.

The clouds are seen on the horizon at mid-latitudes around dusk when solar illuminated from below, according to NASA.

The space company sent up its 22nd batch of 60 Starlink satellites from Kennedy Space Center in Cape Canaveral on Sunday.

SpaceX says Starlink can deliver high-speed broadband Internet to locations where access has been unreliable or completely unavailable. The plan is to eventually have thousands of them in orbit.