Travel plans for Christmas could be affected in Orlando because of a monster storm in the U.S. creating blizzard-like conditions across the country.

ORLANDO, Fla. - A dangerous blizzard moving across the U.S. could become a "bomb cyclone" with damaging winds that is also spreading toward the East Coast and creating a travel nightmare for millions ahead of the Christmas holiday weekend.

The winter storm is expected to spawn a widespread flash freeze in the Plains, Midwest and East as heavy rain is followed by temperatures rapidly falling below freezing all the way to Florida and along the Gulf Coast. Forecasters are calling it a once-in-a-generation storm and it has already delayed a few flights coming into Orlando, Florida.

With only a few days until Christmas, more than 154,000 people are flying through Orlando International Airport on Wednesday, and unfortunately, it may take a bit longer for many of them to get here. Several delays and cancellations have been reported and that’s the same story across the nation at several major airports which is all due to that dangerous winter storm with blizzard-like conditions. 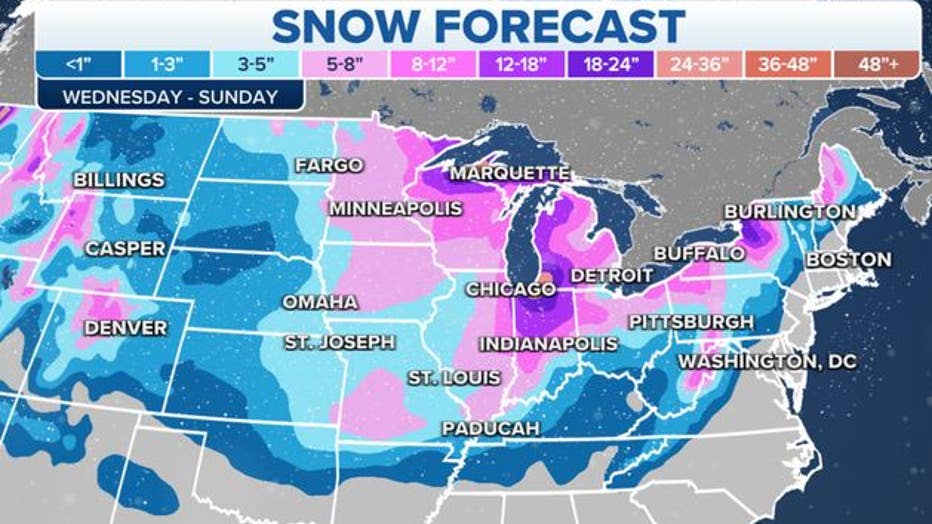 Winter solstice 2022: What is it and when is it happening?

Christmas cold front in Florida: 'Feels like' temperatures in the teens for some areas

This is the best time to travel for Christmas to avoid winter storm cancellations, delays

What is a bomb cyclone?

What is a bomb cyclone and how will it affect Florida?

FOX 35 Storm Team Chief Meteorologist Jayme King explains what a bomb cyclone is and how it could affect Florida.

Basically a center of low pressure that undergoes a big drop in pressure indicating strengthening. Another reference to strengthening is known as ‘bombogenisis.’ Rapid intensification bringing big impacts such heavy rain and snow, high winds and even coastal impacts (if the low manages to move or develop over coastal waters) coastal flooding can result. Some of the strongest Nor'easters have "bombed-out" and can be described as bomb cyclones. Cyclone is in reference to the systems counter-clockwise rotation.

Airport officials say that if you're flying in or out of Orlando, get to the airport at least three hours early.