An officer-involved shooting in Volusia County sent a man to the hospital, though he is expected to survive. Authorities have released more details about what led to that shooting.

DAYTONA BEACH, Fla. - A Popeyes employee was back at work a day after police said a man tried to steal her SUV as she waited for her shift to start.

The victim was unable to comment on the incident, but police said she was able to get away from the fast-food location on the corner of International Speedway Boulevard and Ridgewood Avenue.

Investigators said she went to the Wawa across the street where she called 911. Police said the suspect was walking in that direction with the weapon in his hand. 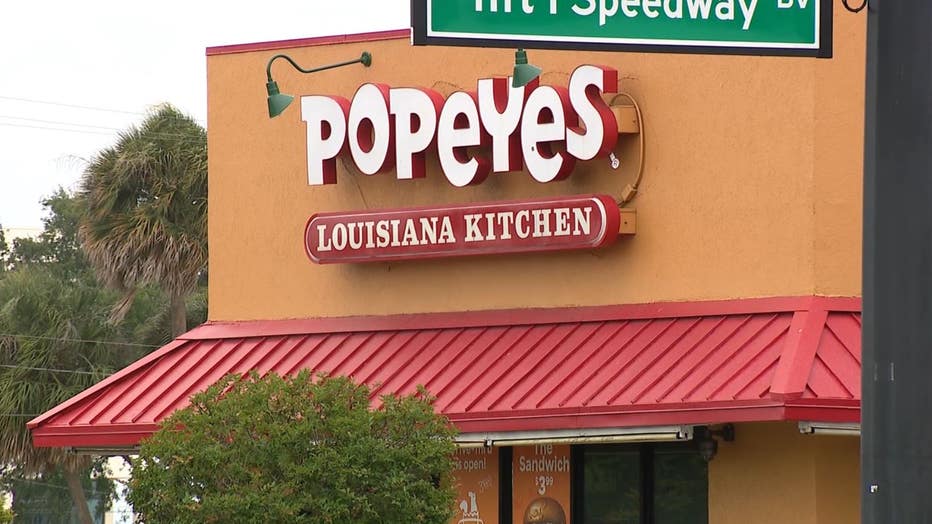 “It’s amazing when you look at the traffic cameras. You can see the guy walking around Ridgewood Avenue with a rifle [at] 8 o’clock on a Monday morning,” Chief Capri said.

Investigators said officers ordered the suspect to drop the weapon, but he refused and they fired six rounds.

The suspect, who had not been identified, was taken to the hospital where he had surgery.

The officers involved, whose names have not been released, were not hurt.