WINTER HAVEN, Fla. - As detectives were investigating a data breach at Polk State College, they discovered the man they arrested was in possession of child pornography showing children as young as infants, they said.

Polk County detectives arrested 38-year-old Brandon James Diaz on Thursday. According to Sheriff Grady Judd, he was a registered nurse, employed by Lakeland Regional Health. Through his job, he also worked as a clinical coordinator at PSC. Before becoming a nurse, he was a paramedic and firefighter.

The hospital gives random drug screenings, and when Diaz tested positive this year, he was fired. As a result, PSC also removed him from his position at the school, the sheriff said. It's unclear which drug may have been in his system at the time.

"This made him exceptionally angry. He was not a happy guy," Sheriff Judd said during a Friday press conference. "Understanding he failed the drug test in 2021…what does he do? He decides that two of the instructors over the [PSC] Center for Public Safety were responsible for him losing his job. What does old Einstein here do? He decides to hack computers."

Polk Sheriff Grady Judd details how a college data breach led to the arrest of a Winter Haven man accused of possessing dozens of images of child pornography.

"Those instructors…had nothing to do with him testing positive for drugs," he said later on.

The sheriff explained that when they reset their passwords, what comes up on the instructors' screen was the phrase, "Ha Ha Ha, loser."

PSC notified the sheriff's office and used a technology company in California to track down the IP address – which led them to Diaz.

"What I have to say to Brandon is, 'Ho Ho Ho, Merry Christmas," Sheriff Judd said. "You got a jail cell for Christmas from us." 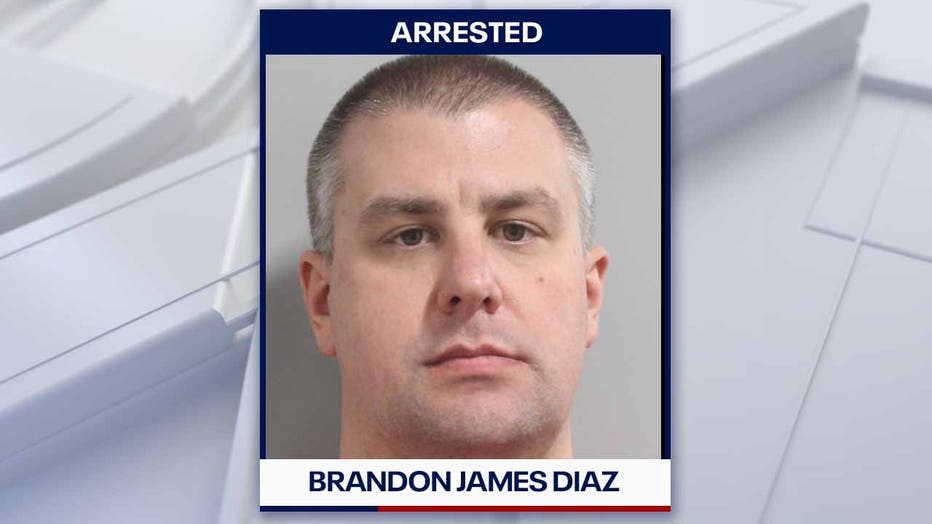 Officials said no personal information was revealed during the breach, but he had access to scheduling and grades.

After, detectives said that led them to file 75 counts of child pornography possession against Diaz. They said the children in the imagery were as "young as infants."

"Brandon Diaz is like unbelievably in deep trouble," the sheriff said. "It started with hacking into a computer…blaming someone else for his outrageous conduct. If you had just left everybody alone, at least for the time being, you’d be home for Christmas with your three children. But hey, you won't be by yourself. Brandon, for Christmas, you'll have 3,000 of your new best friends in the Polk County jail system."

"Share with them how you have five brain cells," he continued, "and four of them went to the North Pole to see Santa Claus."

Investigators said there is currently no indication he abused his children. According to Diaz, he was an assistant nurse manager at AdventHealth in Winter Haven, but they are still trying to confirm it with the Human Resources department.