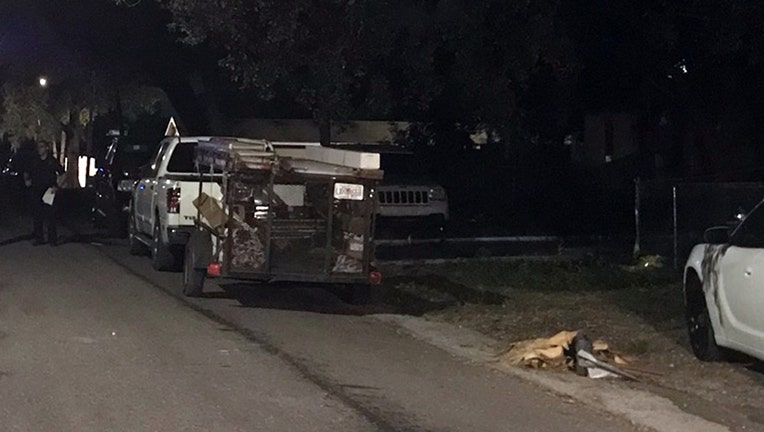 Officers stand on N 19th Street in Tampa near a Jeep where a toddler was apparently left inside.

TAMPA, Fla. - A toddler has died after being left in the family vehicle most of the day Monday, according to the Tampa Police Department.

Officers said the parents of the one-and-a-half-year-old girl found her unconscious and not breathing in their Jeep and called 911. Tampa Fire Rescue crews arrived at the location on N 19th Street around 6:30 p.m.

The child was taken to a nearby hospital but did not survive.

Police said it appears the child was left in the vehicle by accident.