Police say he was taking bribes in exchange for allowing illegal taxis to pick up passengers on property.

ORLANDO, Fla. - A worker at Orlando International Airport has been arrested after police say he was taking bribes in exchange for allowing illegal taxis to pick up passengers on property.

According to an arrest affidavit, 50-year-old Felix Garcia Madera was paid at least $10 per trip from the non-permitted taxis. Garcia Madera worked as a traffic specialist at the airport.

On December 20, Sergeant  William C. Becton with the Orlando Police Department was at the airport and reported seeing a black Mercedes pull up outside Terminal B. Becton says that the driver rolled down the window and Garcia Madera leaned his head inside for a moment before leaving. The Mercedes was reportedly parked in a zone that did not allow parking and Becton reported seeing the driver try and solicit a passenger for a ride.

Becton approached the car and asked to see the driver's 'Cash App,' an mobile application that allows users to send money to others. The officer reported that there were several transactions between the driver and Garcia Madera, whose photo in the app looked like Garcia Madera.

Garcia Madera now faces felony charges of bribery by a public servant, receiving unlawful compensation for official behavior, unlawful use of a communication device and cheating. He was booked into the Orange County Jail with bail set at $5,450. 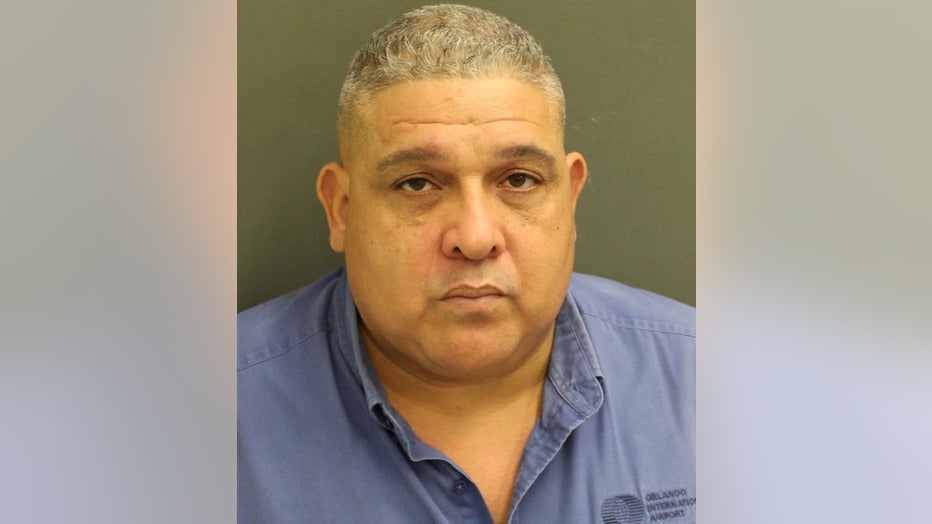 The Greater Orlando Aviation Authority said that they continue "to work with the Orlando Police Department regarding the investigation into Mr. Felix Garcia Madera. He was hired by the Authority on 4-30-18 and he is currently suspended without pay pending the results of the investigation. Since this is an active, ongoing police investigation we cannot comment further at this time. This is, however, a prime example of our partnership with law enforcement and continuous monitoring activities taking place at Orlando International Airport."

Under City of Orlando ordinance, all taxi drivers must be licensed. Orlando Police Department Sgt. David Baker told FOX 35 News that "they have to be licensed individually as a driver and then whatever vehicle they are gonna drive, also has to be licensed by the City."

The requirement is primarily for the safety of passengers. He added that "our vehicles for hire unit will make sure the driver has a valid driver’s license, will ensure that proper insurance is in place on the vehicle, do a criminal background check."

So, how do you know your cab is legit? Well, Baker said that “any cab that’s licensed by the City of Orlando will have a sticker in the front window,” and that “the driver will also have a yellow identification card with a photo and their name and pertinent information and that must be prominently displayed in the vehicle as well, either on the person of the driver or displayed in some fashion.”

Legitimate drivers will also have their fares posted, according to Sgt. Baker.

The taxi driver, Julio Cesar Calzadilia Rodriguez, will face a judge for violating a city ordinance.