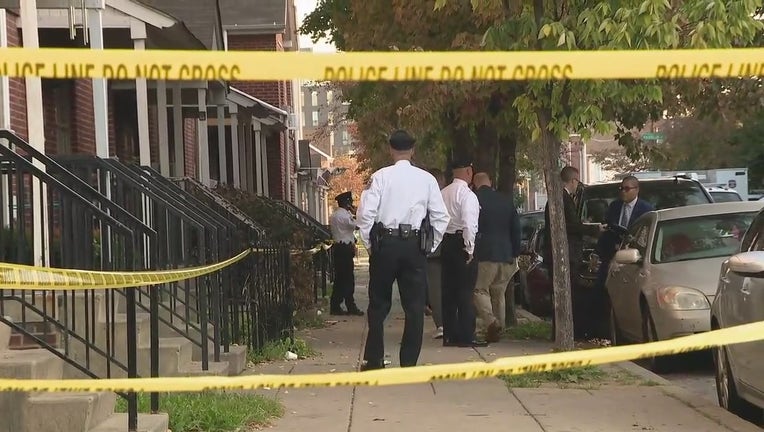 Police officers stand at the scene after three officers were shot and wounded at a home on Oct. 12, 2022, in Philadelphia, Pennsylvania. (Credit: FOX 29 Philadelphia)

It was a violent week across the United States, notably for police officers, after at least 12 in law enforcement were shot in cities spanning coast to coast — leaving at least five of them dead in Connecticut, Mississippi, Nevada, and North Carolina.

"We are seeing violence against law enforcement skyrocket," the National Fraternal Order of Police (FOP), the country’s largest police union, said Thursday. "Since Monday, at least 12 officers have been shot. This must stop!"

A police officer in Mississippi was killed late Tuesday as she and other officers responded to a call, authorities said. Several other people were injured by gunfire. Miles away in Philadelphia, three officers were shot and wounded at a home early Wednesday when a SWAT team tried to arrest a man wanted on a homicide charge, police said.

A suspect is dead and three Philadelphia SWAT officers are in the hospital after gunfire broke out while authorities were serving a homicide arrest warrant early Wednesday morning.

In central Illinois, two police officers conducting a traffic stop were also shot and wounded early Wednesday by a driver who died after officers returned fire.

On Wednesday night, two police officers were killed in Bristol, Connecticut, after apparently being drawn into an ambush by an emergency call about possible domestic violence. A third officer was wounded. 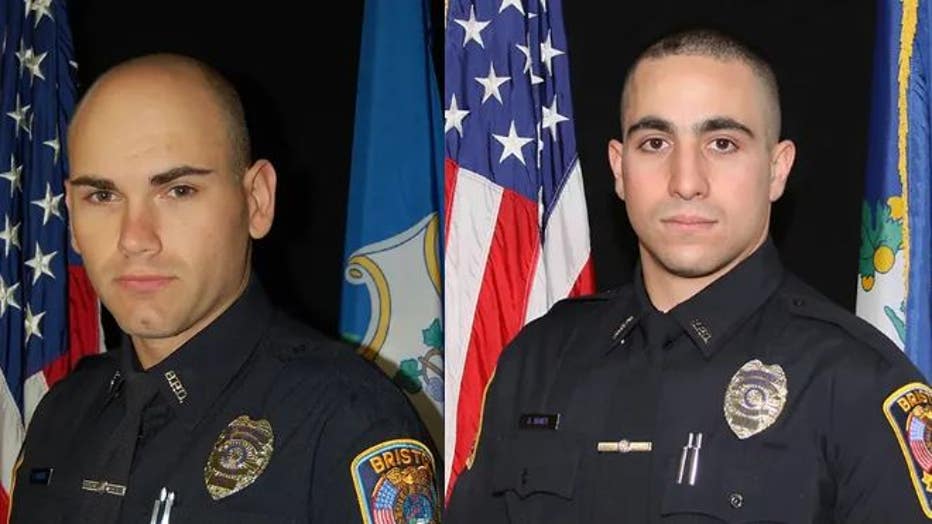 Sgt. Dustin Demonte (left) and Officer Alex Hamzy (R) of the Bristol, Connecticut, Police Department were killed on Oct. 12, 2022, in what authorities believe was an ambush. (Credit: Provided)

Also that night, a Florida sheriff’s deputy was saved by a bulletproof vest after being shot in the chest six times, authorities said. The deputy had been investigating a report of a family disturbance at a home in Davenport.

Hours later in Las Vegas, a veteran police officer patrolling an area that officials identified as a hotspot for crime died after being shot early Thursday during an exchange of gunfire with a man who was later arrested, officials said. 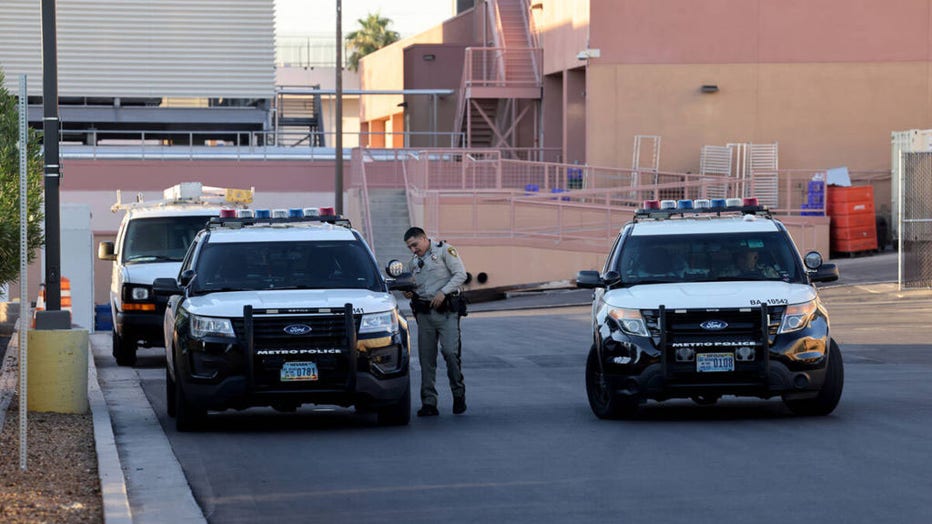 Las Vegas police officers outside Sunrise Hospital and Medical Center in Las Vegas on Oct. 13, 2022, where Officer Truong Thai, 49, died from a gunshot wound after an exchange of gunfire. Cannon/Las Vegas Review-Journal/Tribune News Service via Getty

In Raleigh, North Carolina, an off-duty police officer was killed Thursday evening by a 15-year-old gunman. The teen killed four other people, ranging in age from 16 to their late 50s, and wounded two others. The off-duty officer, 29-year-old Gabriel Torres, had been on his way to work when the shooting began.

FOX News' Rich Edson joins LiveNOW from FOX's Josh Breslow to discuss the latest after five people, including an off-duty police officer, were gunned down in Raleigh, North Carolina.

The violence in Raleigh was the 25th mass killing in 2022 in which the victims were fatally shot, according to The Associated Press/USA TODAY/Northeastern University Mass Killings database. A mass killing is defined as when four or more people are killed excluding the perpetrator.

Joe Gamaldi, the FOP national vice president, called the incidents this week in which officers were shot "absolutely abhorrent" and "a stain on our society."

"As a profession, we are disgusted, exhausted, angry, most of all we are hurting," Gamaldi tweeted.

There had been 252 officers shot in the line of duty as of Sept. 30, up 5% since the same time last year, according to an FOP report shared on Oct. 4. Of those officers shot, 50 of them were killed.