Authorities say police officers found a group of 10-15  vehicles in the City Avenue Marriott parking lot. Officers then witnessed the group of vehicles leave the parking lot once police arrived at the scene.

Officers pursued the vehicles after they first attempted to unsuccessfully ram a Target parking lot barricade at 4000 Monument Road, according to investigators.

They were then followed down I-76 toward Center City and the Benjamin Franklin Parkway. A conversion van pulled over and the driver removed tape that had been covering the license plate. Officers then stopped the vehicle at 18th and the Parkway.

Inside the van, authorities found illegal explosives that bear the street vernacular “quarter or half sticks of dynamite,” a handheld propane tank torch, a taser and various tools including electric drills, bolt cutters, and machetes, Shapiro said.

Brian Larue and Eric Murray face three felony charges, including possession of weapons of mass destruction, conspiracy, and risking a catastrophe, along with several misdemeanor charges.

“These individuals who have been charged today tried to use a message of justice to provide cover for their own gain,” said Attorney General Shapiro. “This is an incredibly challenging time for communities in Philadelphia, across Southeast Pennsylvania, and around the country. We will not allow criminals to hijack, and take advantage of, lawful protests as an opportunity to sow chaos.”

The explosives and tools recovered in the van are commonly used to attempt to dismantle and steal proceeds from ATMs, according to Shapiro. 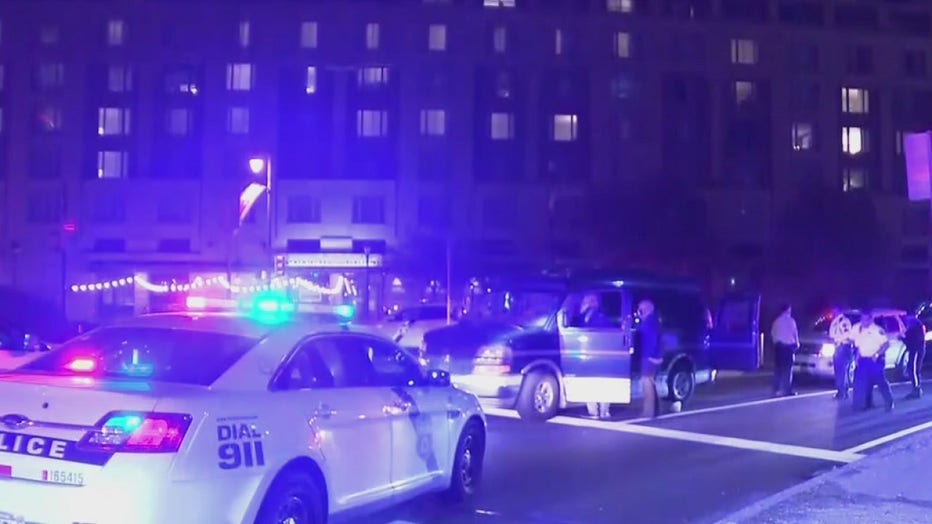 The finding follows two days of civil unrest following the shooting Monday of Walter Wallace Jr., a 27-year-old man with a history of mental health problems. Police said he was shot outside his home after ignoring orders to drop a knife.

The city has seen a rash of ATM thefts this year in which people used low-grade explosives to vandalize or steal the bank machines. Philadelphia police said that nine ATM machines had been exploded this week.

FOX 29's Steve Keeley has more on explosive devices found inside a van on the Benjamin Franklin Parkway.