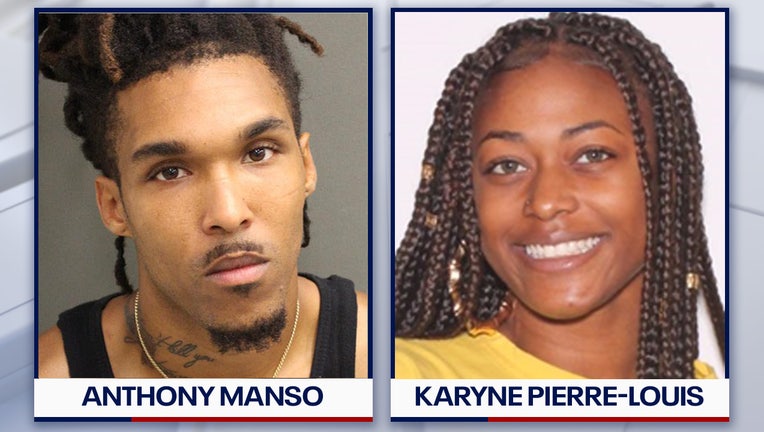 ORLANDO, Fla. - Orlando police officers are searching for a man who is wanted in a fatal shooting last month.

Anthony Manso, 23, is accused of first-degree murder with a firearm in the death of Richard Bailey that occurred on Jan. 20, at the Vacation Lodge, at 720 S. Orange Blossom Trail.

Upon arrival, officers located Bailey on the second floor with gunshot wounds. He was transported to the Orlando Regional Medical Center, where he was pronounced deceased.

Unknown suspects were said to have been seen fleeing the area in a dark vehicle. Police have made one arrest in the case, taking 20-year-old Deundre Jerome Davis into custody on a charge of second-degree murder with a firearm.

Manso is believed to be with his girlfriend, Karyne Pierre-Louis, who is wanted for questioning only.  Manso should be considered armed and dangerous.  If anyone knows his whereabouts, please contact the Orlando Police Department or call Crimeline at 800-423-TIPS (8477).