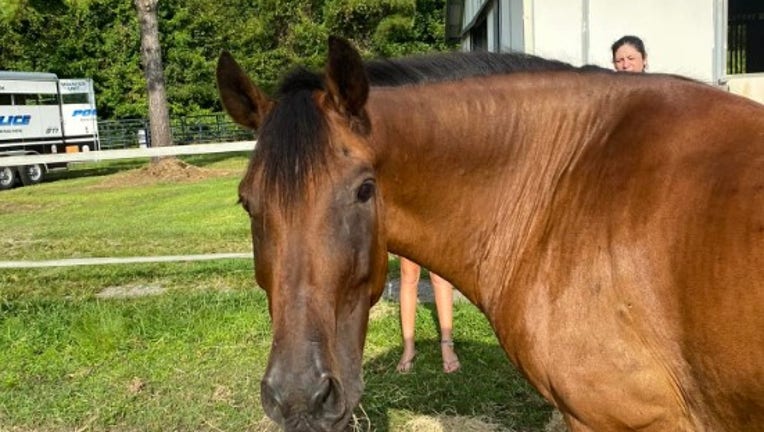 WILMINGTON, N.C. - A police horse in North Carolina is recovering after authorities said it was hit by a suspected drunk driver.

The horse, 19-year-old Elton, and its officer were struck from behind by the vehicle.

The officer was not hurt but Elton sustained an injury to his left leg.

RELATED: Update on carriage horse that collapsed in Manhattan

The suspected driver, 24-year-old Alexis Williamson, was arrested and charged with DWI, improper passing and failure to reduce speed.

Police said her blood alcohol level registered .19 on the intoximeter. She was also given a $3,000 unsecured bond.

"Our animal programs have been in existence for more than 30 years and we currently have eight dedicated to serving alongside our human officers including the K9 and Mounted Units," WPD Chief Donny Williams said on Facebook.

"They assume the same risks and many of the same challenges as their partners. The individual who hit Elton was driving under the influence and was twice the legal limit," he continued.  "We are thankful that the human officer was not injured and we are praying for a quick recovery for our hard-working horse, Elton. We are ensuring he receives the best medical care and at the latest check, Elton is able to put weight on his injured leg. This incredible Percheron has been with us for 16 years and we are grateful for his continued service.