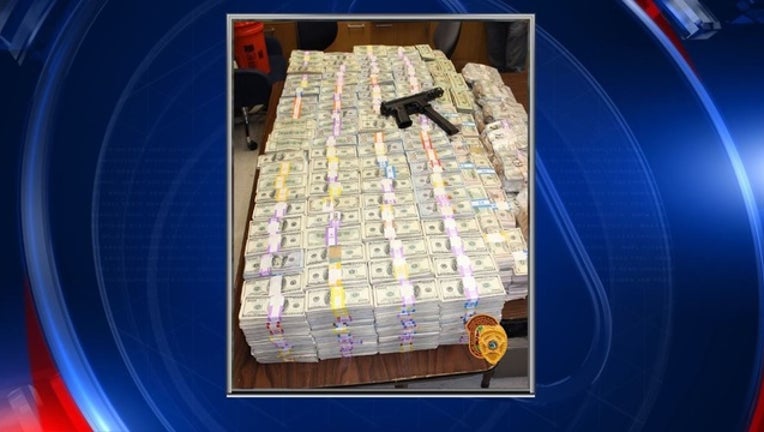 MIAMI (AP) - Miami-Dade police detectives say the more than $24 million found while raiding the home of a suspected marijuana trafficker is the largest cash seizure in the department's history.

Police found the money in a secret compartment of the home's attic. Bundles of $100 bills in heat-sealed bags were stuffed into dozens of 5-gallon buckets. A loaded Tec-9 pistol was found with the money.