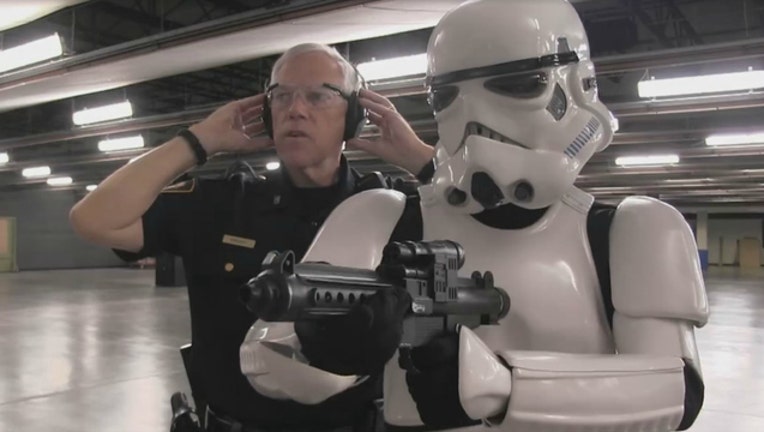 FORT WORTH, Tex. (FOX 32 Chicago) - Officials at a Texas police department are hoping a stormtrooper might convince recruits to join the force.

The Fort Worth Police Department has put together a recruiting video that features a Star Wars stormtrooper and a police officer at target practice. The stormtrooper is naturally a terrible shot. The police officer has excellent aim. At the end, even Darth Vader is disgusted.

This is not the first time the Fort Worth Police Department has tried to utilize the force to get more people on the force. Last December, a video showed Darth Vader himself applying for a job, but he was dismissed for overusing the force.