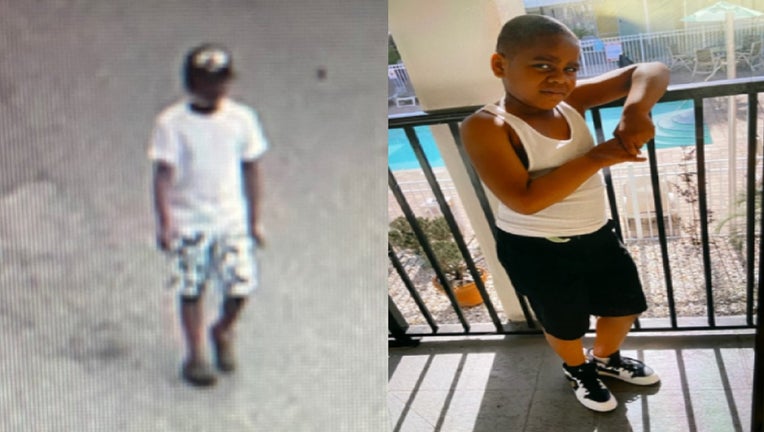 ORLANDO, Fla. - UPDATE: Orlando police said the boy was found safe and was reunited with his family.

Orlando police need the public's help to find a missing 6-year-old boy who wandered away from a hotel in Orlando's tourist district.

Police said they are looking for Ashton McBride.

Anyone with information about the boy's whereabouts is asked to call the Orlando Police Department's non-emergency line at 321-235-5300.