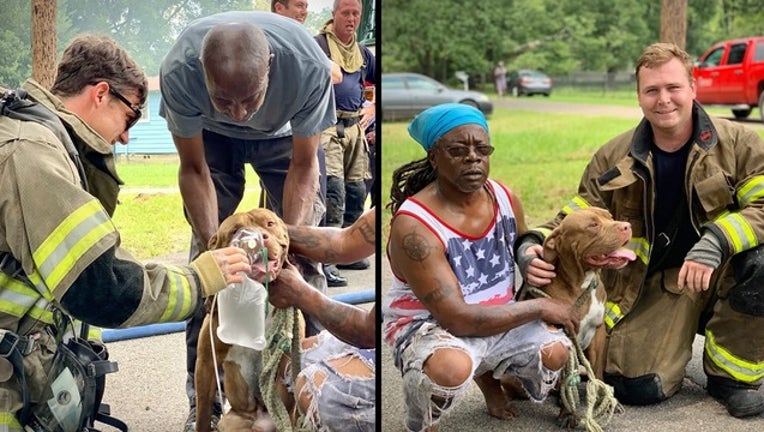 BESSEMER, Ala. (FOX 35 ORLANDO) - Despite having what one firefighter described as a "zero percent chance of surviving," a pit bull was rescued from an Alabama home that was engulfed in flames.

Craig Phillips, who works at the Bessemer Fire Department in Alabama, shared the heartwarming story on his Facebook page. He said that when he arrived at the scene with his crew, they saw a home with heavy fire and smoke coming out of both ends. The family was standing in the street. They were very upset because their pit bull, named Tide, was still in the house.

In Craig's words, Tide had "an almost 0% percent chance of surviving."

He went on to say that his fire unit had to stop the owner from going back into the house to find Tide.

"We told him that we were sorry about Tide, but we couldn't let him go back in," Craig said.

However, about two minutes later, firefighters reportedly came out of the house with Tide, who was in fine condition. He was found hiding under a bed and firefighters were able to lead him out.

"He was so happy to be out of the house. You should have heard the reaction of everyone when Tide went running toward his family. Today was an extra good day," Craig penned.