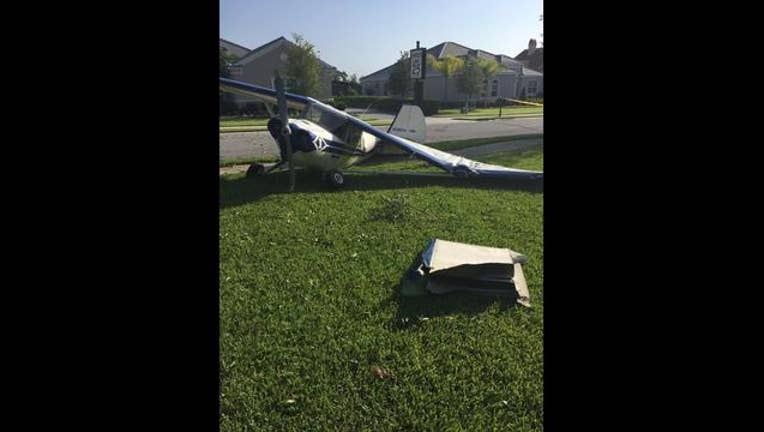 A pilot and student are OK after their two-seater single prop plane crashed in the front yard of a Mount Dora home Saturday morning.

The pilot reported an engine malfunction after taking off from Eustis' small airport off State Road 44 at around 8:30 a.m., according to a release.

The pilot tried to make an emergency landing on Isola Bella Boulevard in the community of Loch Leven.

The plane hit two trees and came to rest in the front yard of 3004 Isola Bella Blvd.

The damage to the property was minimal, but the plane was totaled, according to a release.

Both the pilot and student refused medical attention.

The Federal Aviation Administration is conducting an investigation.