On February 1st, 2003, seven astronauts lost their lives as the Columbia Space Shuttle broke up during reentry.

CAPE CANAVERAL, Fla. - On February 1st, 2003, seven astronauts lost their lives as the Columbia Space Shuttle broke up during re-entry.

The Columbia Shuttle was said to be the second time the space agency lost a vehicle in a catastrophic accident. Prior to this was the Challenger tragedy in 1986.

During the Columbia Shuttle's launch, a piece of foam insulation broke off the shuttle's external fuel tank and tore a hole in the orbiter's wing. This went on to prevent the shuttle from withstanding the fiery re-entry into Earth. The shuttle broke apart and crashed in Texas. NASA recovered 84,000 pieces along with the remains of the crew.

Challenger, Discovery, and Atlantis space shuttles went on to join the orbital fleet.

However, after the Columbia disaster, an investigation is said to have found flaws in design and NASA's safety culture. It episode marked the end of NASA's space shuttle program and the last one was retired in 2011.

The space shuttle Columbia dramatically lit on the launching pad at Kennedy Space Center. The Columbia became the first space shuttle to be sent into orbit on April 12, 1981. 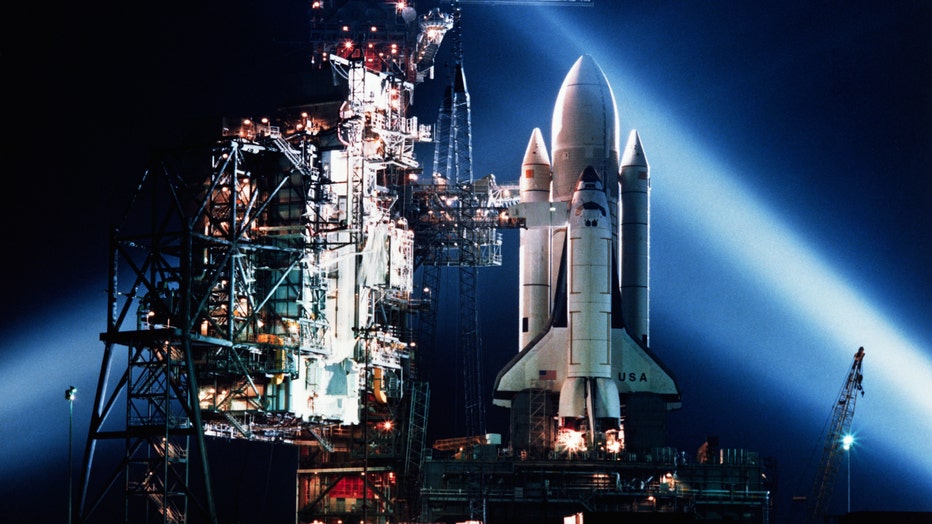 Photo by © CORBIS/Corbis via Getty Images 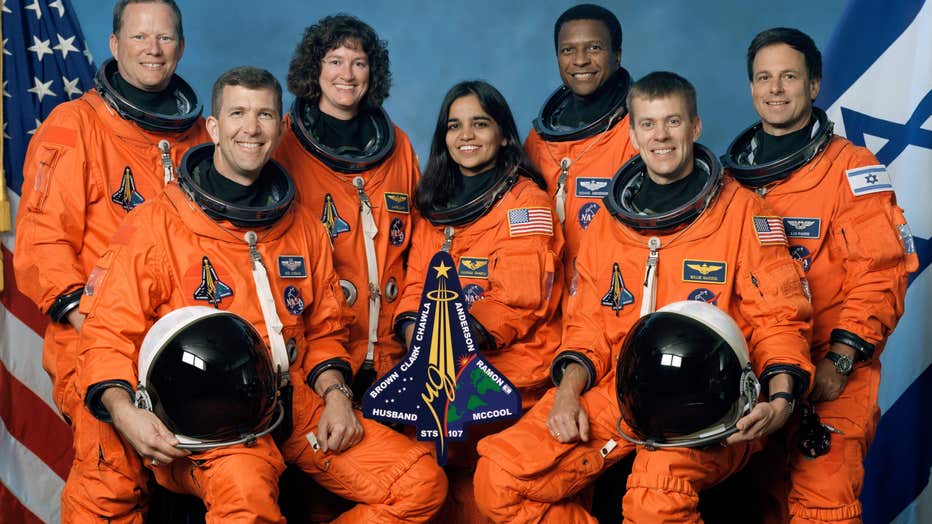 Space Shuttle Columbia lifts off of launch pad 39-A from the Kennedy Space Center on January 16, 2003, in Cape Canaveral, Florida. 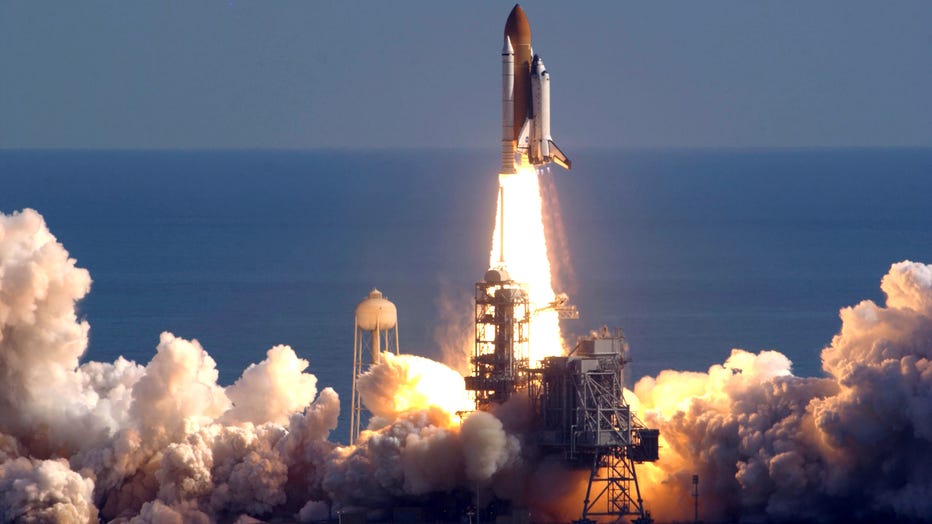 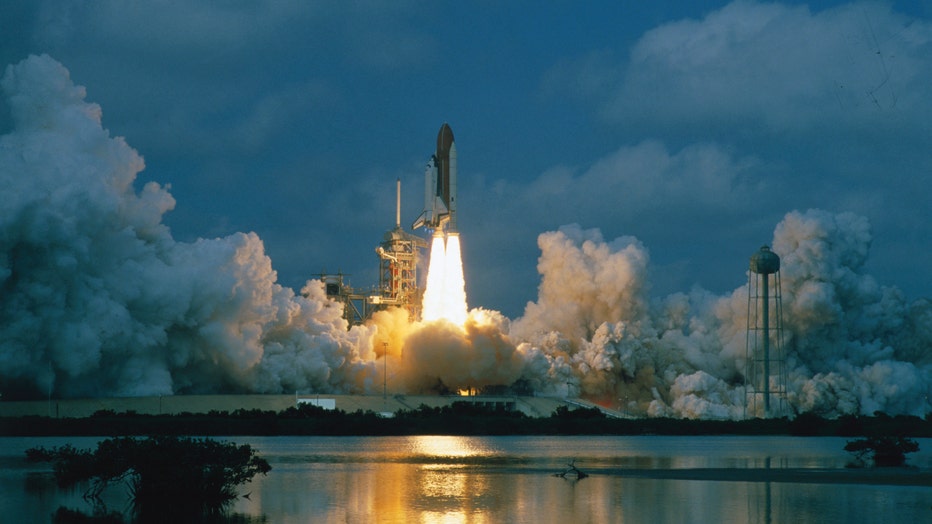 This image from a NASA handout video shows a close up of a piece of debris falling from the external tank, then striking the left-wing of the Space Shuttle Columbia during launch on January 16, 2003. NASA officials noticed this piece of debris during liftoff of Columbia but did not consider it a major problem at the time. 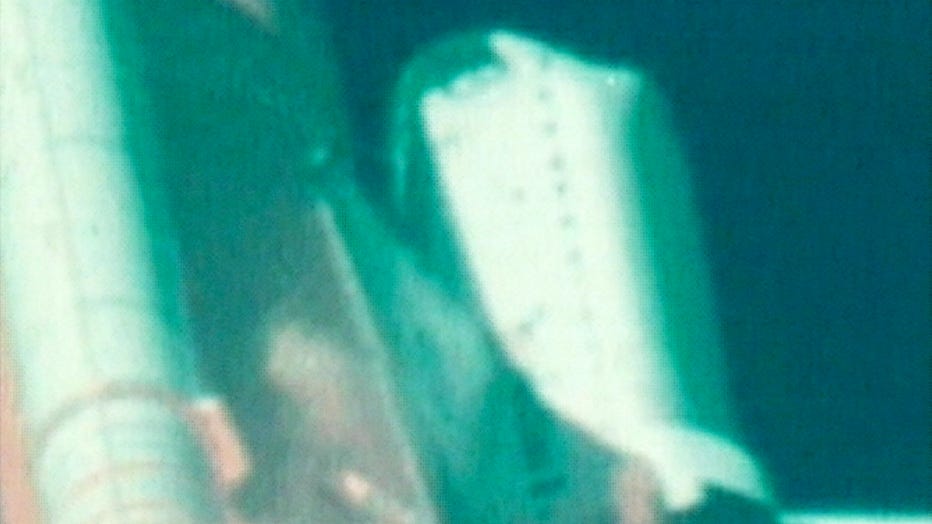 In this handout photo from the National Aeronautics and Space Administration (NASA), the STS-107 crewmembers strike a flying pose for their traditional in-flight crew portrait in the SPACEHAB Research Double Module (RDM) aboard the Space Shuttle Columbia taken between January 16 and February 1, 2003, in space. 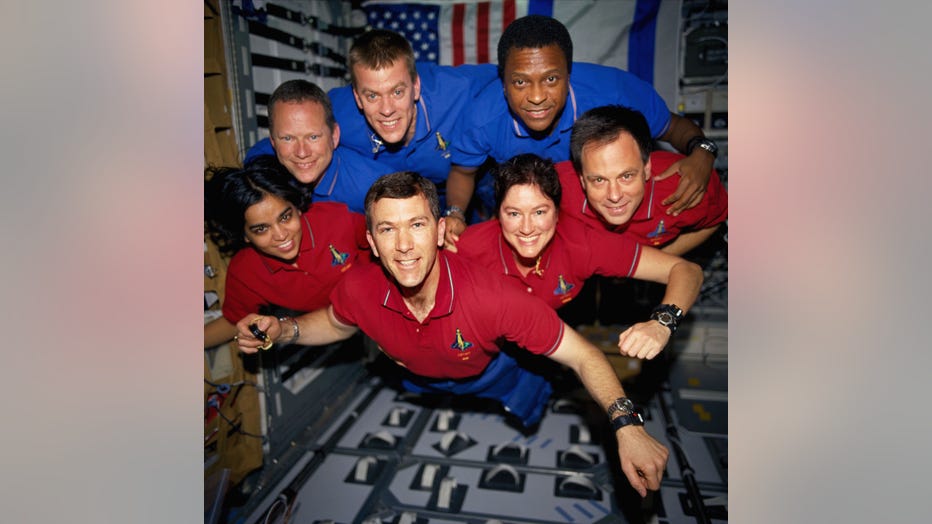 This image from NASA video shot by Shuttle Mission Specialist Laurel Clark shows Mission Specialists Kalpana Chawla (L) and Commander Rick Husband (R) on the flight deck of the Space Shuttle Columbia shortly before re-entry on February 1, 2003 while in space. The 13-minute video was found in the wreckage of the Space Shuttle Columbia near Palestine, Texas five days after the Shuttle broke apart. 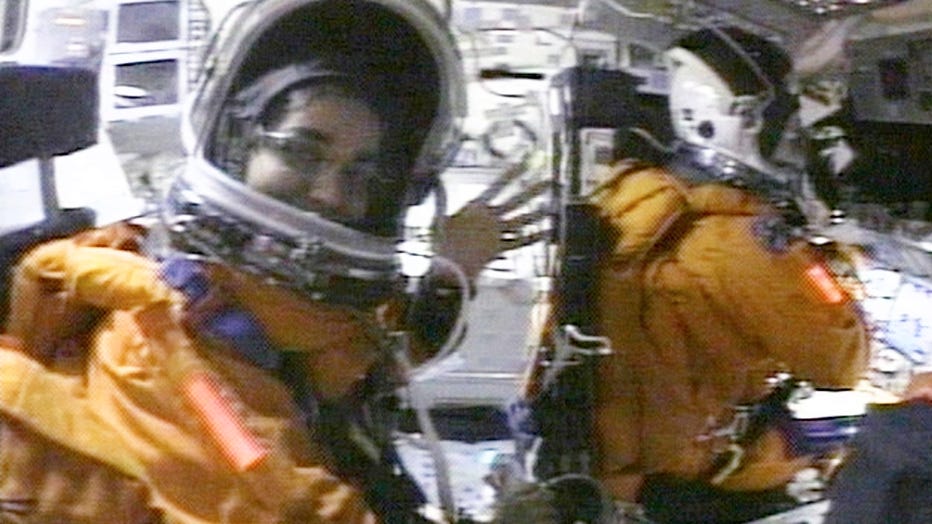 FOX News and Getty Images contributed to this report.