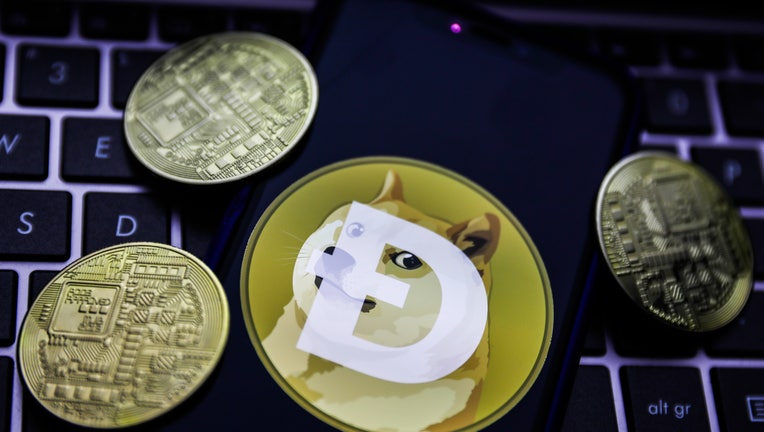 Dogecoin logo displayed on a phone screen, representation of cryptocurrencies and a keyboard are seen in this illustration photo taken on February 8, 2021. Dogecoin cryptocurrency soars the highest scores in its history in the last days. (Photo by Ja

More than 130,000 people have signed a petition calling for Amazon to use dogecoin as a payment method after the cryptocurrency saw its price surge last week.

The "Doge4Amazon - Accept Dogecoin as a payment method" petition, posted to Change.org, claims that Amazon is "alienating many people who do not have a traditional bank account" by not offering Dogecoin.

The cryptocurrency, which is based on a popular meme of the Japanese Shiba Inu dog, began as a joke in 2013. Recently, however, its price has skyrocketed, pushing its valuation to nearly $50 billion, according to CoinMarketCap data.

To bolster its argument, the petition says the cryptocurrency is "fast, cheap, and stable."

Not only that, but it "has the lowest transaction fee of other major coins, has a huge supply of coins and has a very large, active community with on-going development," according to the petition.

Although Dogecoin is already being used by many small business owners, charity organizations, and entrepreneurs, according to the petition, Amazon would be one of the first major corporations to use it as a payment method.

Dogecoin has slowly been rising to popularity in recent months thanks in part to high-profile celebrities and business leaders like Tesla CEO Elon Musk and rapper Snoop Dogg, who have tweeted about the cryptocurrency.

Aside from its celebrity recognition, Dogecoin also gained attention from users on a Reddit forum called SatoshiStreetBets that helped prompt a surge in Dogecoin on Friday.

Charles Hoskinson, the founder of cryptocurrencies Cardano and Ethereum, said in a video posted to Twitter on Friday that Musk's efforts to bring attention to Dogecoin, as well as "market manipulation by clever whales," has led Dogecoin to "become a haven for new entrance into the cryptocurrency space."

Representatives for Amazon did not respond to FOX Business' request for comment.