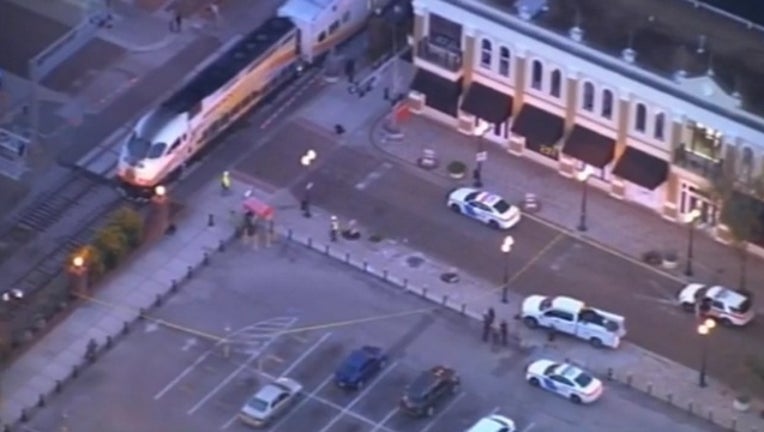 The crash happened around 6:20 a.m. on the southbound track near Pine Street.

No one on the train was hurt.