Mohammed Alshamrani, who prepared the document with the help of two American classmates, according to the New York Times, claimed teacher James Day labeled him with the term at the end of a meteorology class in April. 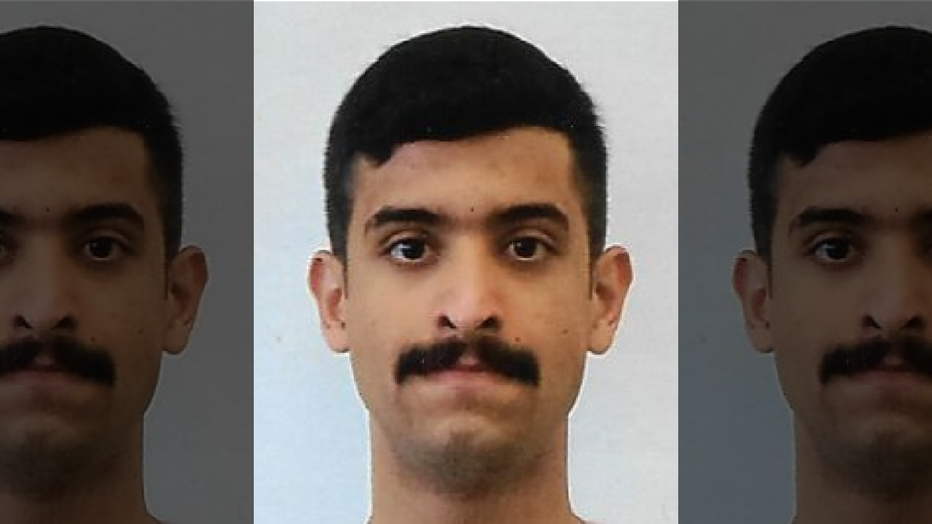 The nickname is a reference to the stereotype that adult male film stars have mustaches.

“I was infuriated as to why he would say that in front of the class,” the Times quoted Alshamrani as saying.

Day is employed by Delaware Resource Group of Oklahoma, a subcontractor to CAE USA, which offers instruction to aviation students in the civilian and military fields, according to the newspaper.

Following the alleged incident, Alshamrani reported it to CAE USA’s managers, the New York Times says. The company offered to have Day apologize, but Alshamrani rejected that proposal and instead talked with an office in the Navy that handles international students, the newspaper added, citing a person who spoke with Alshamrani after he filed the complaint.

That same person said numerous government employees believed Day should be disciplined, yet he continued to teach.

RELATED: FBI says it presumes Pensacola naval base shooting was act of terrorism

About a week after the alleged incident, Day was paired up with Alshamrani for simulated flight training, the New York Times reported. When the Saudi found out, he complained to CAE USA and got the session rescheduled with another instructor, it added.

Brian Busey, the president of Delaware Resource Group of Oklahoma, told the New York Times that his company is cooperating with the FBI’s investigation into Friday’s shooting and that it had taken care of the alleged classroom incident in April.

“Appropriate personnel action was taken regarding the incident in question, corrective action was taken, the matter was closed back in April, and we have no further comment,” Busey said.

Day himself, through Busey, declined comment on the alleged incident.

There is no indication yet that it had any connection to the shooting spree, in which Alshamrani gunned down three fellow sailors before being taken out by responding police officers.

The latest on the Pensacola naval base shooting | December 9

The bodies of the three victims were flown to Dover Air Force Base in Delaware Sunday night.

As of Monday, a motive for the attack has not been publicly revealed and authorities are investigating it as an act of terrorism.

A U.S. official on Friday told the AP the FBI was examining social media posts and investigating whether he acted alone or was connected to any broader group. The SITE Intelligence Group, a group that monitors jihadist media, said that Alshamrani posted to Twitter echoing sentiments from former Al Qaeda leader Usama Bin Laden.

A spokesperson for Twitter told Fox News in an email statement Saturday that the account was suspended but they declined to comment further as to when the manifesto was tweeted out. The FBI told Fox News it was aware of the anti-American Twitter post, but would not comment on whether they're looking at it as part of the investigation.

Alshamrani -- a 2nd lieutenant in the Royal Saudi Air Force and a student naval flight officer at the time of his death – first started training with the U.S. military in August 2017, according to the New York Times. He was set to graduate next August and returned to Saudi Arabia during breaks – yet when he came back to the U.S. this February, friends and classmates noticed he had turned more religious, a person familiar with the FBI’s investigation told the newspaper.