Peak of hurricane season is here with several systems brewing

ORLANDO, Fla. - The peak of hurricane season is here and the tropics are popping as the FOX 35 Storm Team is currently keeping tabs on several systems.

As of September 10, we have already had 13 named storms during a hurricane season that forecasters predicted would be above-normal. If another one forms, the next name on the list is Nicholas.

"We're fair game until November 30. Stuff can happen and it can happen late in the season." 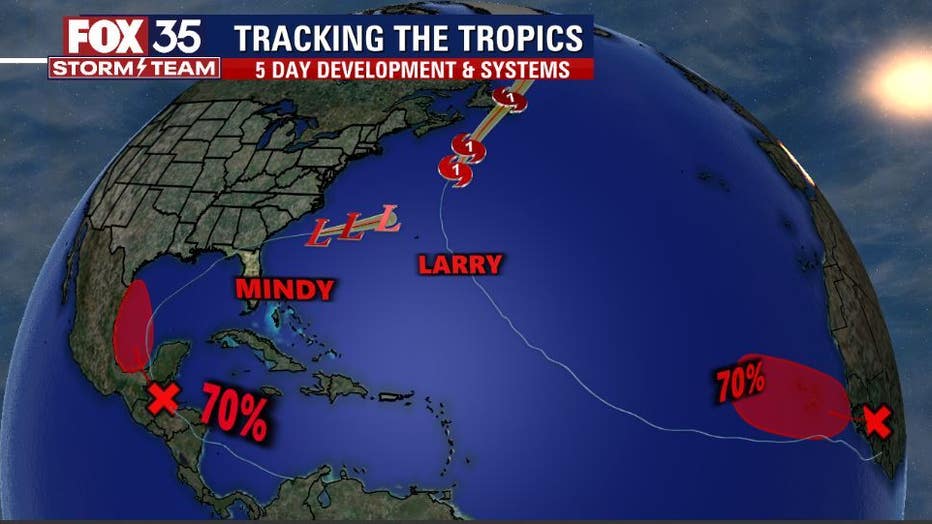 Here's a look at the activity in the tropics:

Larry remains a large hurricane and will pass well southeast of Nova Scotia today, and move over southeastern Newfoundland tonight, bringing hurricane-force winds and dangerous storm surge to the area. Gradual weakening is forecast during the next day or so, but Larry is expected to remain a hurricane until it passes Newfoundland.  Larry should become an extratropical cyclone on Saturday,

Ocean swells will funnel into east coast beaches through Sunday and while diminishing quite a bit, the threat of rip currents will still plague all of the Florida coastal counties. 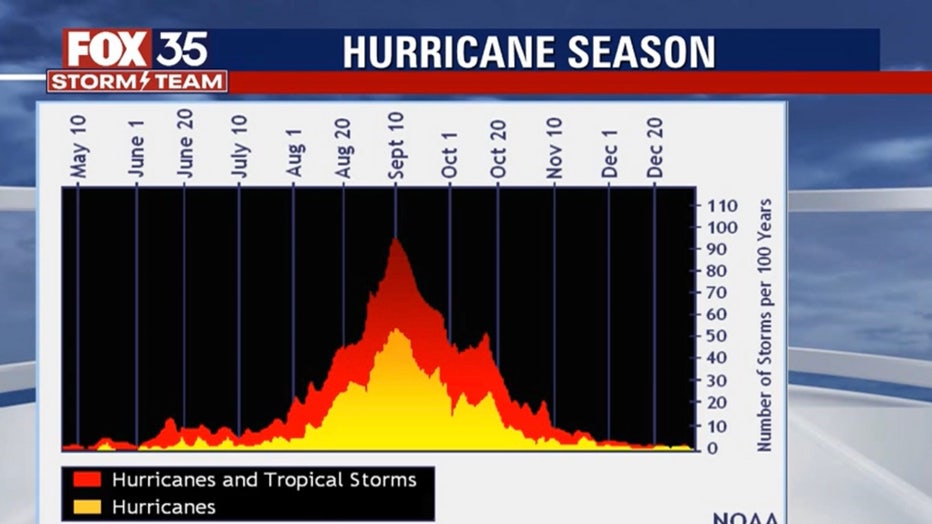 The northern portion of a tropical wave is producing disorganized showers and thunderstorms over Honduras, the western Caribbean Sea, and portions of the Yucatan peninsula.  This system is forecast to move into the Bay of Campeche and merge with a pre-existing surface trough located over the southwestern Gulf of Mexico by this weekend.

"A tropical depression could form Sunday or Monday before the system moves onshore along the western Gulf of Mexico coast," the National Hurricane Center said.

A second tropical wave is expected to emerge off of the west coast of Africa later today or tonight. Forecasters say a tropical depression is likely to form by early next week as the system moves west-northwestward over the far eastern Atlantic near the Cabo Verde Islands.

Watch FOX 35 News for the latest updates throughout hurricane season