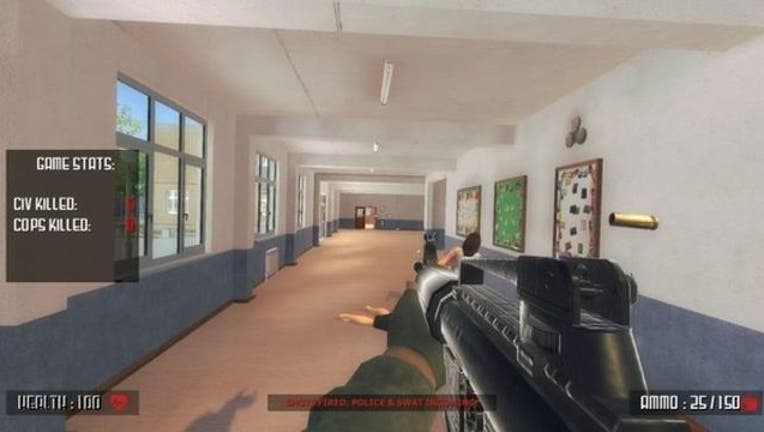 HARTFORD, Conn. (AP) - The developer of a school shooting video game condemned by parents of slain children has lost the ability to sell its products online after being dumped by PayPal.

Acid Software said Tuesday that purchases of "Active Shooter" were "temporarily disabled" as its representatives tried to resolve the issues with PayPal. Acid's postings on Twitter and an online bulletin board included the hashtags "QuitCensoringUs," ''FreedomOfExpression" and "WeWillBeBack."

"PayPal has a longstanding, well-defined and consistently enforced Acceptable Use Policy, and regardless of the individual or organization in question, we work to ensure that our services are not used to accept payments for activities that promote violence," the company, based in San Jose, California, said in a statement Wednesday.

"Active Shooter" is branded as a "SWAT simulator" that lets players choose between being an active shooter terrorizing a school or the SWAT team responding to the shooting. Players can choose a gun, grenade or knife, and civilian and police death totals are shown on the screen. Acid was selling an early version of the game online for $20 and plans to release a new version early next month.

Acid recently set up two websites for "Active Shooter" after the game was removed from the webpages of video game marketplace Steam and crowdfunding site Indiegogo. The removals followed complaints and online petitions by anti-gun violence advocates including parents of children killed in school shootings in Parkland, Florida, where 17 students and staff died in February, and Newtown, Connecticut, where 26 children and staff died in 2012.

A company that hosted the new websites removed them last week after receiving similar complaints. But Acid got the sites back up and running by switching to Russian servers, said an Acid representative, Ata Berdyev, of Seattle.

"Active Shooter" was created by Anton Makarevskiy, a 21-year-old developer from Moscow, Russia, and is being marketed by his entity Acid Software. Berdyev is helping Makarevskiy promote the game.

Berdyev said Wednesday that the future of the game could now be in doubt.

"Seems like everyone in US trying to censor us, whilst not explaining what exactly we are violating," Berdyev said in a message to The Associated Press.