Four different angle showed the shooting death of Patrick Lyoya when an officer shot him during a fight following a traffic stop.

Police shared four different angles of footage from the April 4 shooting – video from a body cam, a surveillance camera, a patrol vehicle camera, and a cell phone.

Lyoya, 26, was pulled over on Griggs near Nelson just after 8:10 a.m. because the license plate on his car didn't belong to the vehicle, police said.

Dashcam video from the police cruiser showed Lyoya getting out of the car. The officer, who is not being named by Grand Rapids police because he hasn't been charged, told him to get back in the car.

The officer also asked Lyoya if he had a license. Lyoya appeared confused as to why he was getting pulled over, so the officer asked if he spoke English. Lyoya said yes. He also told the officer his license was in his car.

Lyoya walked toward the front of the car. The officer grabbed him, and a struggle ensued. Lyoya began running, and the officer chased him. 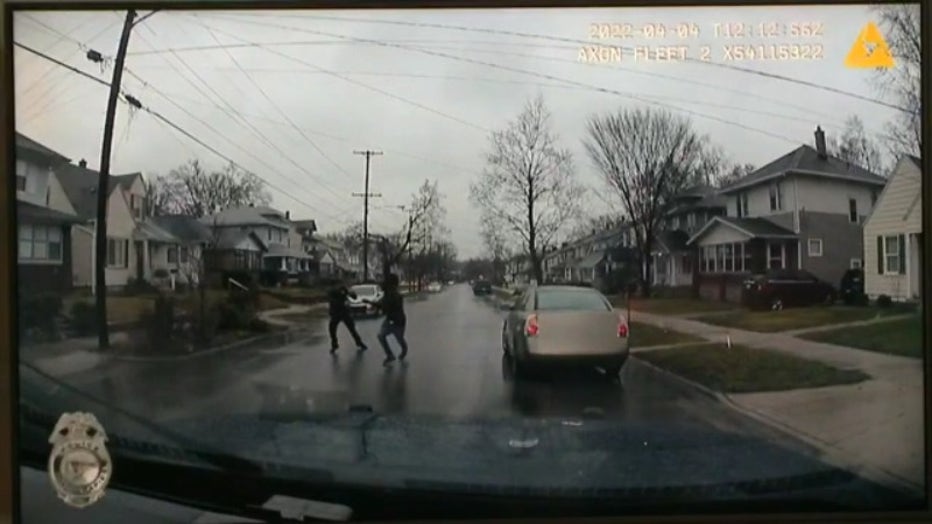 Video showed the officer taking Lyoya to the ground before hitting and kicking him. The struggle continued as the pair got off the ground. The officer tried to tase Lyoya twice but missed and hit the ground.

After the second taser attempt, the officer's body worn camera deactivated. Police Chief Eric Winstrom said the cameras deactivate when a button on them is held down for 3 seconds and noted that it appeared that the camera was bumped and shut off during the fight. 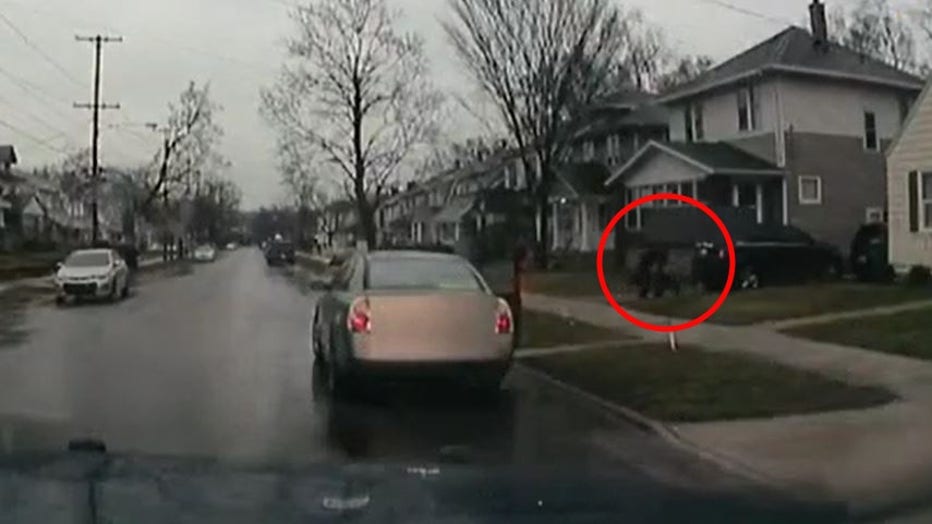 As the two scuffled, the officer repeatedly told Lyoya to let go of the taser. Winstrom said it appeared that the officer and Lyoya both had a hand on the taser for about 90 seconds.

A passenger who was with Lyoya was filming the encounter. As the officer told Lyoya to let go of the taser and stop resisting, the man filming kept saying, "He's good," and "He didn't grab no taser."

The officer continued telling Lyoya to let go off the taser as the office got him facedown. While on Lyoya's back, the officer pulled out his gun and shot Lyoya once in the head, video showed. Winstrom confirmed that Lyoya was shot in the head. 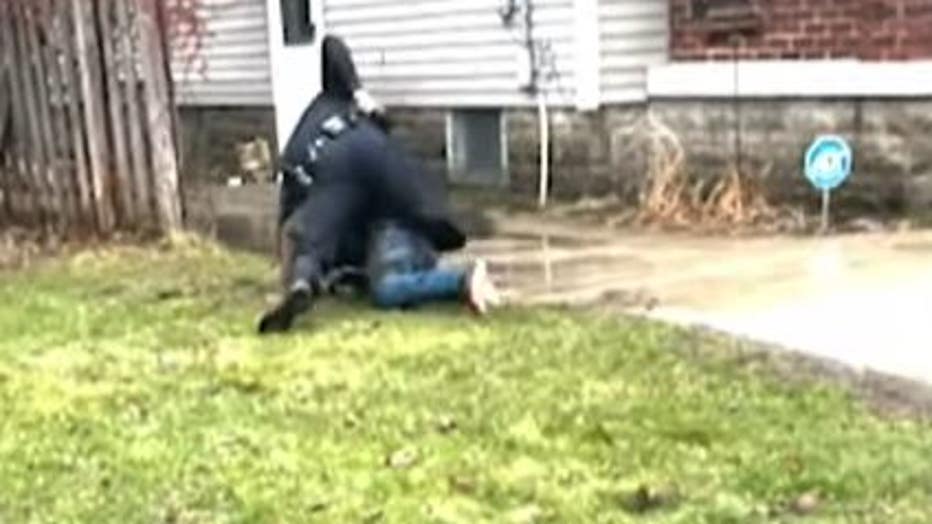 After the shooting, the officer stayed on Lyoya as he told the passenger to stay back. He then got up and walked away from Lyoya as he radioed in that a shooting has occurred.

Video from a few minutes after the shooting showed officers rendering aid to Lyoya.

Brandon Davis, the director of Oversight and Public Accountability for Grand Rapids, said that after the investigation is concluded, there will be a "post-incident review of the city's actions and consider concerns such as how much time it took to release the video of this incident, or questions like, ‘When should an officer’s name be released in connection with an investigation."

Davis added that, "We have to ask how much time it took to render aid, or what policy changes, if any, can be implemented to help prevent this type of result."

Winstrom spoke during a press conference where the videos were revealed, but said he could not speak about department policies as the investigation is ongoing. He did say that, as far as he knows, the officer's gun and taser were the only weapons found at the scene.

He also said that the investigation is in its early stages, and what is understood about what happened could change depending on evidence and witness interviews.

"We want to be as transparent as possible. There’s a lot of factors," Winstrom said.

When asked about his reaction to the videos of the shooting, he said, "It was just a progression of sadness for me."

"I have every expectation that the Grand Rapids Police Department will fully cooperate with the Michigan State Police in their investigation and that the local prosecutor will perform a thorough analysis of the facts of law that apply in this case."