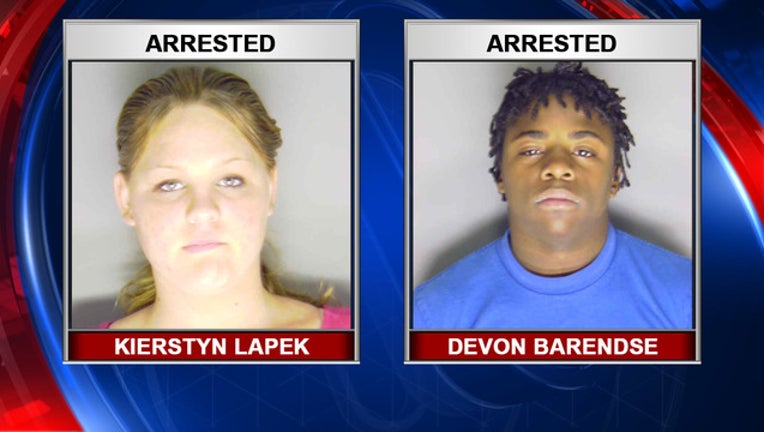 PALMETTO, Fla. (FOX 13) - Two Palmetto parents were arrested after their 2-year-old son was found with drugs in his system, deputies say.

Manatee County deputies arrested 23-year-old Kierstyn Lapek and 28-year-old Devon Barendse. On May 14, their son was found by Lapek in his bed, appearing to have a seizure and was unresponsive, deputies said.

The child was transported to a nearby hospital, where cocaine and marijuana was found in his system. Lapek and Barendse were arrested on child neglect charges.

The child has since been released from the hospital, deputies say. They did not release his current medical condition.