Florida school employee accused of grabbing student by neck, slamming him to ground

A Florida high school employee could face a child abuse charge after he allegedly lifted a student by his shirt and neck, and threw him to the ground, according to the Osceola County Sheriff's Office arrest report.

OSCEOLA,COUNTY, Fla. - A Florida high school employee is charged with child abuse after he allegedly lifted a student by his shirt and neck, and threw him to the ground, according to the Osceola County Sheriff's Office arrest report.

Deputies said Christopher Ferguson, 26, was booked into the Osceola County Jail under suspicion of child abuse.

According to the sheriff's office, deputies responded to Tohopekaliga High School in Kissimmee, Florida, on April 4, after the student told deputies that he was talking to his classmates and said a racial slur.

Ferguson reportedly told the student he could not talk like that and was asked to leave the classroom.

When class was over, the student, who was waiting for his girlfriend, reportedly told her that Ferguson was "in his feelings." 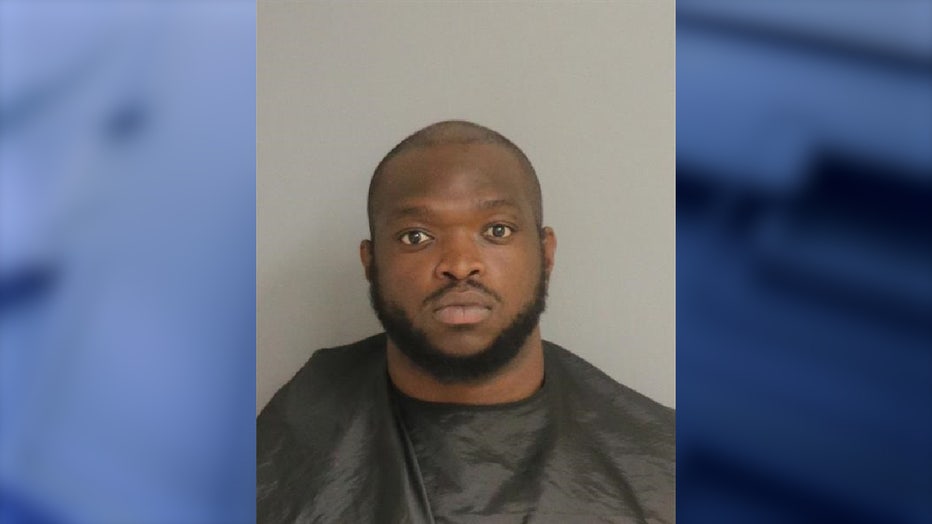 The boy reportedly had red marks on his neck and chest. The situation was recorded on video, which OCSO released to newsrooms Thursday afternoon. (Editor's note: Video was edited by OCSO to blur faces and edited by FOX 35 to bleep expletives.)

Word of the fight traveled fast among students.

A school employee at Tohopekaliga High in Florida resigned, and is facing a child abuse charge after allegedly picking up a student and pushing him to the ground. The incident was captured on video.

"The climate that we’re in, racial tensions are high but at no point in time do I think it's okay for an adult to put their hands on a child," said Leanne Criswell whose three children attend the school. "Children are very naive, they’re very ignorant until they’re wise.  So, a lot of things spew out of their mouths.  As adults, we’re supposed to know better, we’re supposed to teach them better, and we can’t teach them better if we are mishandling them."

Court records show Ferguson posted a $1,000 bond and is now out of jail.

Ferguson was a campus monitor at the school and not a teacher, as listed in the arrest report, according to Osceola County Public Schools.  According to his arrest affidavit, he was in charge of a classroom full of children on in school suspension.

A spokesperson for the district tells FOX 35 News that Ferguson resigned after the incident on Monday and that he had only been working for them for a week.

The student's family was notified and the Department of Children and Families were also notified.