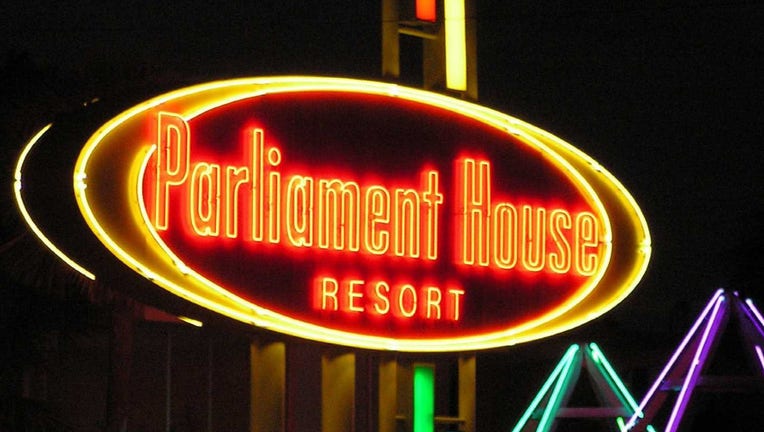 LAKE MARY, Fla. - The Parliament House resort, a landmark for Orlando's LGBTQ community for nearly five decades, announced its closure on its social media on Wednesday.

"For over 45 years, The Parliament House has called Orange Blossom Trail our home. We have to announce that our home at its current location will be closing Monday, November 2, 2020. We put up a good fight over the last 11 months to secure financing and renovate our existing property. Unfortunately, that fight ended today with no deal. Our 'Last Dance' at 410 N. Orange Blossom Trail will be this Sunday, November 1, 2020," read part of a post on Facebook.

The establishment first opened to the public in 1962 as the Parliament House Motor Inn, one of eight hotels in a chain. After declining occupancy, due to competition from nearby Walt Disney World which opened about a decade later, the hotel was on the brink of bankruptcy when it changed ownership.

Michael Hodge founded The Parliament House as an all-gay resort in 1975, according to the Parliament House website, and after he died in 1992, the club then was run by his brothers and sisters. It was purchased by Don Granatstein and Susan Unger in the late 1990s and received an extensive renovation.

A video was created for the 40th Anniversary of the Parliament House including interviews with former employees and customers.

The property, which includes a complex comprised of over 100 hotel rooms, a restaurant, a showroom for live entertainment, a dance club, and adjacent lounges, sold earlier this year as part of a foreclosure case, the Orlando Sentinel reported in February.

"It has never been about the building. It’s about the people," read the Facebook post, indicating that the resort/club could be searching for another location.

"In the coming weeks, we’ll reveal our plans for the immediate future. Although we are sad for the loss, we are even more excited for our future! Once you hear what we have planned, we think you’ll be just as excited. Thanks for your support for the last 45 years. This is by no means goodbye. We promise to keep you updated about our grand re-opening."