Orlando and Central Florida will see rain chances diminish over the next several days and high temperatures will hover around the low 90s as we usher in the fall season.

Main weather concerns: Rain chances will diminish over the next several days and temperatures will hover around the lower 90s.

Beach goers will be met with sun and clouds, possible passing showers at any time but, chances look rather low. Heavy rain and lightning will be an issue if a rogue storm develops. Rip current risk is high now.

Long period swell from major hurricane FIONA continues building into the local coastal waters. Surf build a bit today in increasing East-Southeast swell. Surf heights: 2-3', building a bit late in the day and for the rest of the week. Surf peaks Thursday at 5-7' in Fiona swell.

Humid again with partly to partly cloudy skies. Stay hydrated and take breaks inside the a/c. Best chance for rain between 3pm-8pm. Heavy rain and lightning will be likely, lightning remains a threat as well. 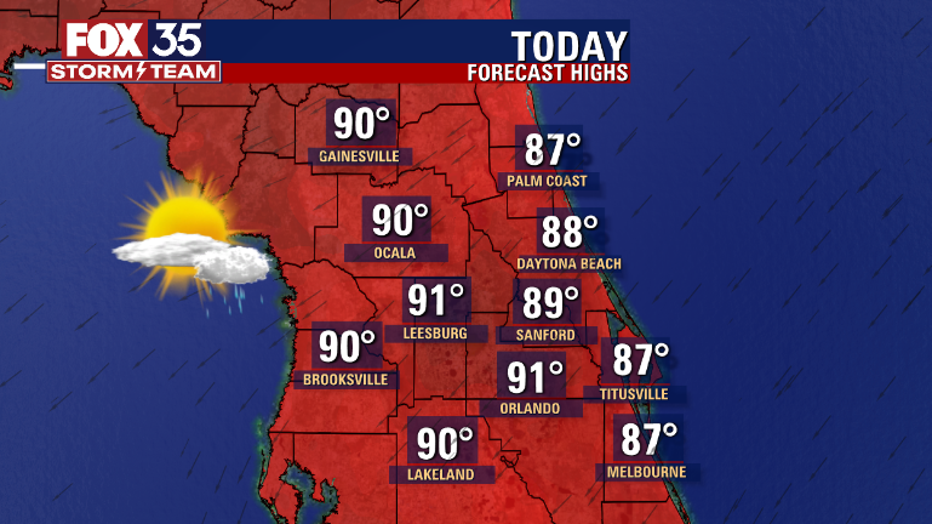 Rain chances are on the fall for the remainder of the week. Down to 30% or less in all locations. The weekend looks fairly dry as well with similar rain chances and a bump in Northeast breeze. 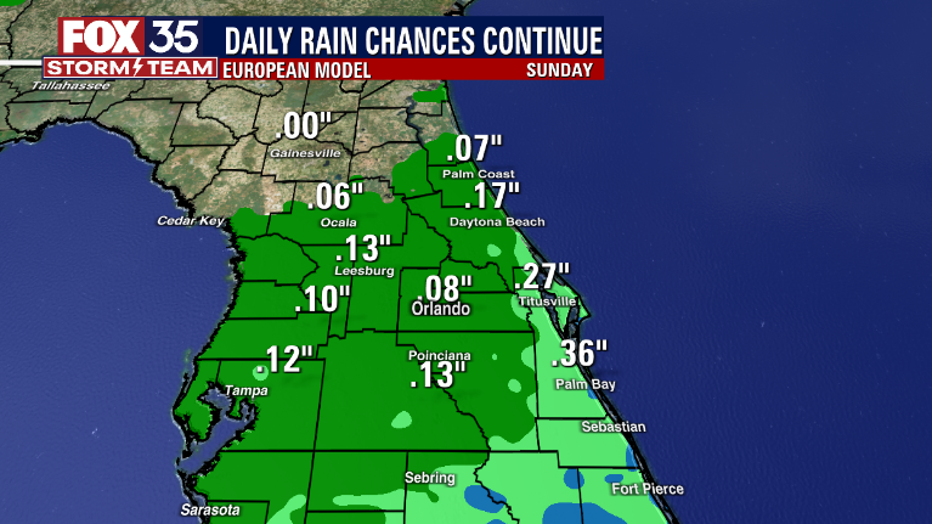 Hurricane Fiona is now our first major hurricane of the 2022 season. At 5 p.m., Fiona was located about 600 miles southwest of Bermuda and 1,300 miles south of Halifax, Nova Scotia with maximum sustained winds at 130 mph-higher gusts. The official forecast track from the NHC is one that takes Fiona into the pen Atlantic well East of the U.S. coastline.

Bermuda needs to stay vigilant as Fiona increases to a Cat. 4 and draws closer to the island. Fiona is sending ocean swell into our local beaches. The size of the swell will be increasing and rip current risk will be huge through the coming weekend.

The FOX 35 Storm Team is also watching an easterly wave that is forecast to move into the Caribbean over the next few days. Models vary as to where this storm will track but it could greatly impact our weather in the middle-to-latter part of next week. 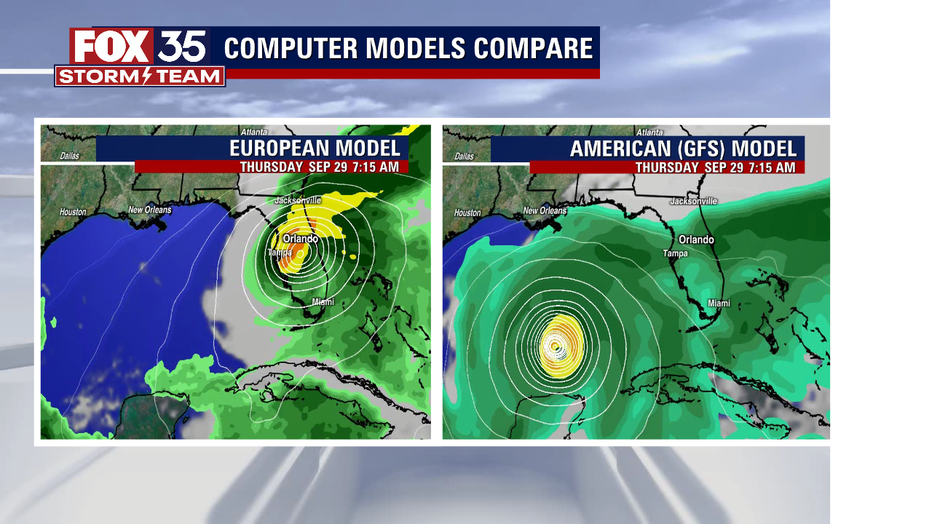