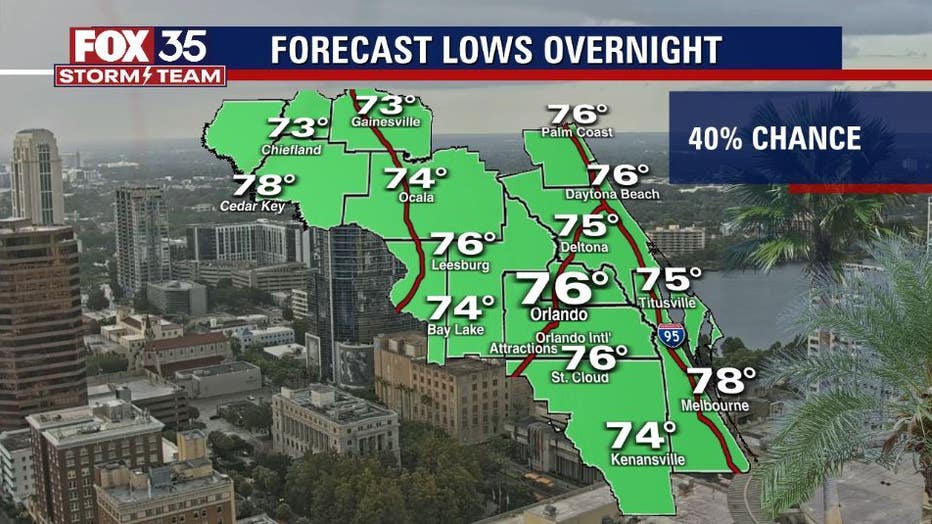 Main weather concerns: This afternoon slow-moving storms in connection with the East Coast sea breeze will hug I-95 in Volusia and Brevard Counties. These storms will continue to drift back toward the coast. Later this evening, the east and west coast sea breeze will fire up stronger storms down by the attractions near Kissimmee. The main threats include frequent lightning and heavy rain.

WHAT IS THE WEATHER FORECAST FOR WALT DISNEY WORLD, UNIVERSAL, AND SEAWORLD?
Another sweltering day with storms through the afternoon hours. Rain chances rise after 2 pm, but it will be stormy 5 pm-8 pm. Rain could be very heavy at times. Highs will climb to the mid-90s.

Sunday looks to be a great beach day for Daytona Beach. Get there early to soak up the sun. There is a slight chance of showers and thunderstorms possible after 2 pm. Temperatures will reach the low 90s. The rip current risk will be moderate with the surf being around 2 ft. Make sure to swim next to a lifeguard stand and apply sunscreen! 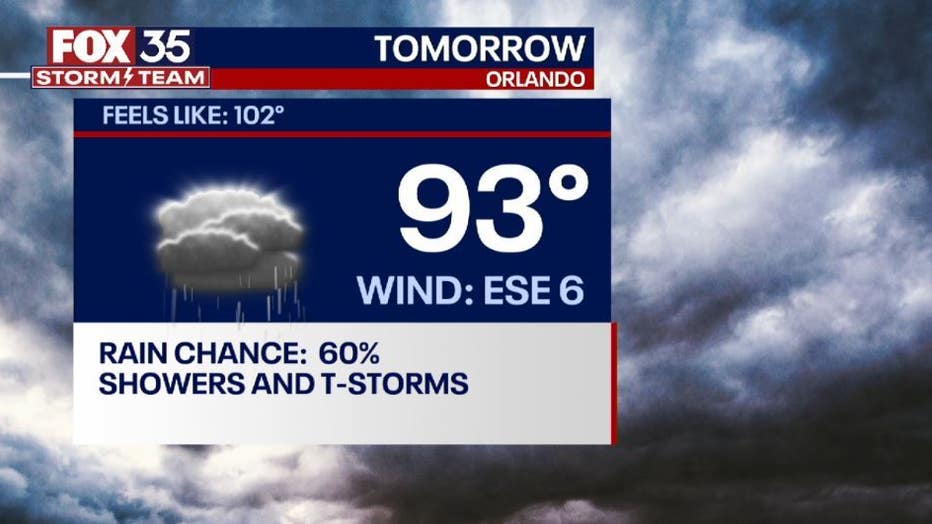 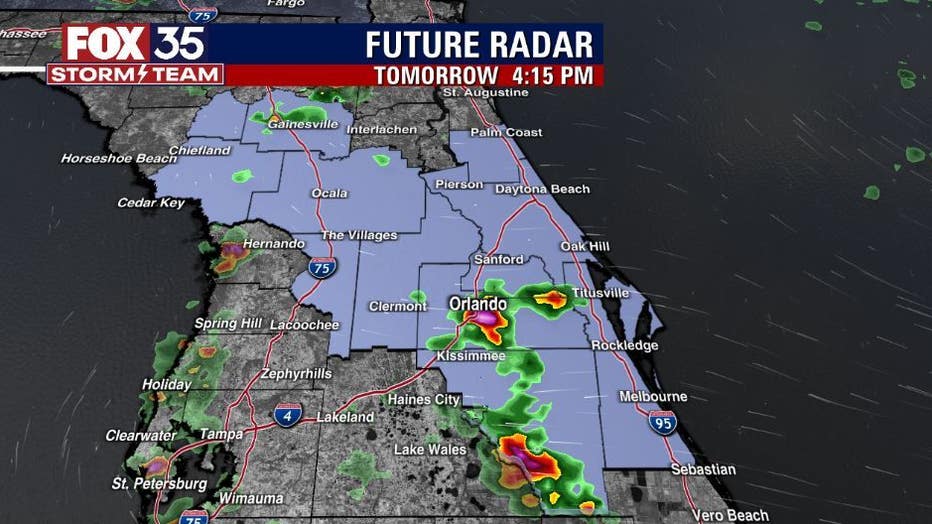 Rain chances stay high for the end of the weekend through next week. The forecast will be much more of the same with low chances of rain along the coast as the sea breeze fires up in the mid-afternoon pushing rain back into the interior. Temperatures will be near normal with highs in the mid to low 90s. 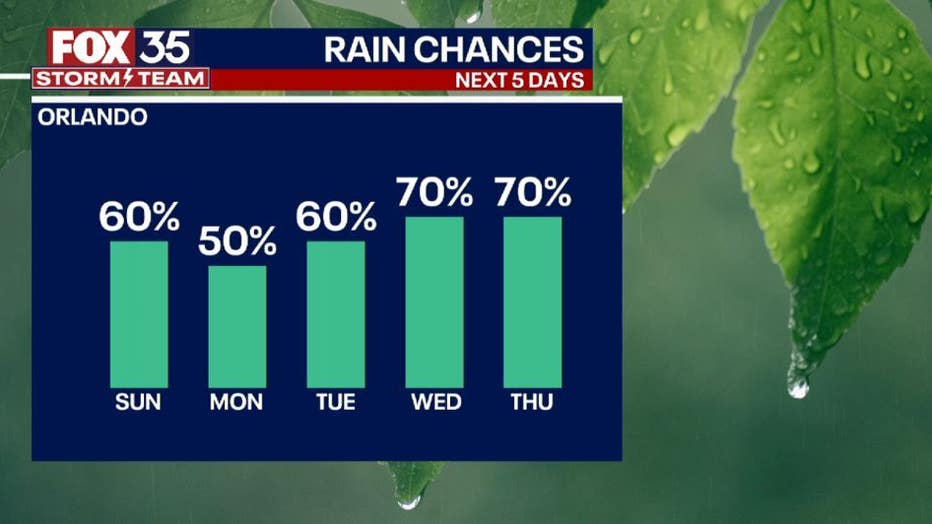 An area of disorganized showers and thunderstorms (Potential Tropical Cyclone Four) stays over the Bay of Campeche. Environmental conditions make it easy for this system to become a tropical storm before it heads toward south Texas. Heavy rainfall will be the main impact on Texas as the system moves west-southwest. Another tropical wave has a 10 percent chance of development off the coast of Africa. Depend on the FOX 35 Storm Team and download the FOX 35 Storm Team App! 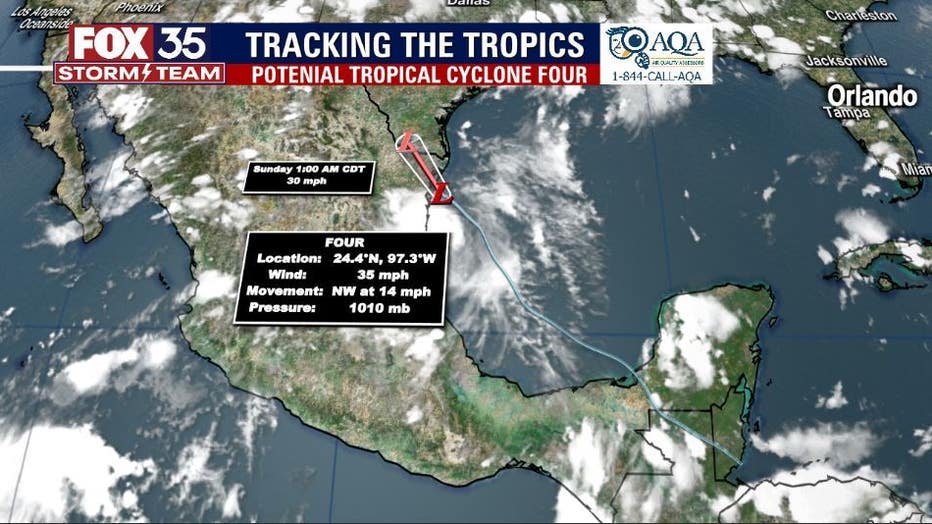